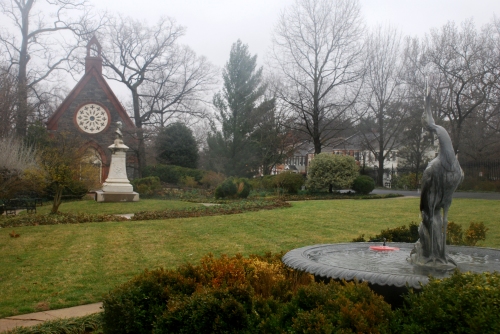 In the very northeastern corner of Georgetown lies the beautiful Oak Hill Cemetery. It was built in 1848 under the direction of Georgetown’s favorite son William Wilson Corcoran. Open daily (except Saturdays), the 22 acre cemetery is one of the most peaceful yet slightly eerie spots in Georgetown.

The bulk of its interments come from the well-to-do class of DC during the second half of the 19th century. There are generals, admirals, doctors and lawyers galore. But its also got more than a few Confederate spies and just about everyone involved in the Lincoln assassination minus Lincoln and Booth themselves. Even Confederate president Jefferson Davis was buried here until 1893.

After the jump, check out some of the more notable grave sites:

Henry Addison. Mayor of Georgetown during the Civil War. Addison school is named after him. 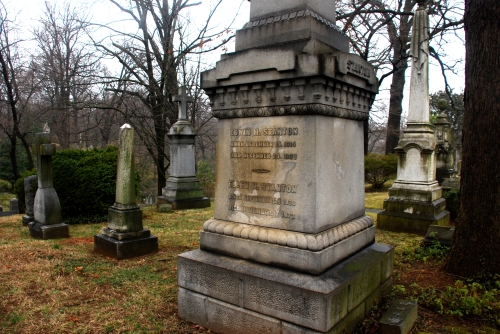 Edwin Stanton. Secretary of War during the Civil War. Nominated and approved for the Supreme Court, but died before taking the oath. 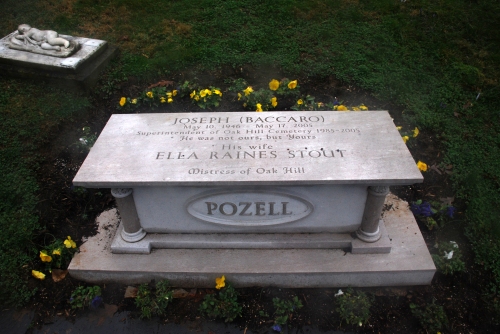 Joe Pozell. Superintendent of Oak Hill Cemetery. Longtime auxiliary police officer who directed traffic at Wisconsin and M on a volunteer basis. Killed in the line of duty 2005.

Phillip and Katharine Graham. Owners and publishers of the Washington Post. Lived in Beall-Washington house across the street.

If you would like to take your own tour of the cemetery, here is a wonderful map of all the notable grave sites. Just one thing: it’s particularly eerie to go when it’s slightly rainy, but take it from GM, those slate walkways get awfully slippery so be careful.

9 responses to “The Famous Tenants of Oak Hill Cemetery”