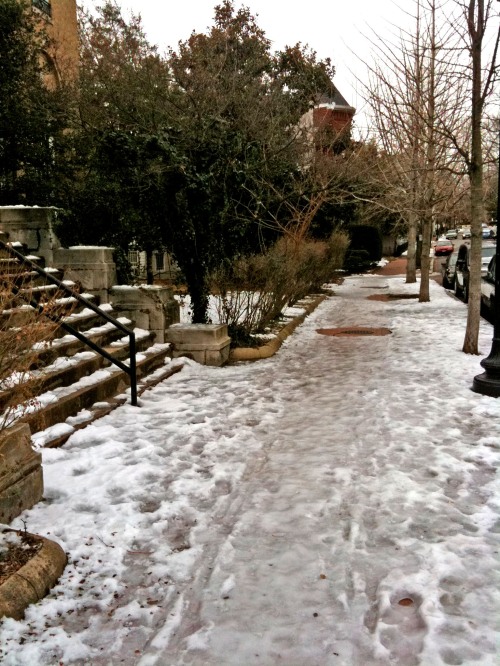 A little while back, GM wondered whether it wouldn’t be a good idea to bring an ice rink to Georgetown. Well the city has taken him up on that idea. Just not exactly the way he imagined.

You see, while the city has plans to sell the Hurt Home to Argos Group to be converted into condos, it still owns the property. And ever since we started getting snow and ice storms a few weeks ago, the sidewalk outside the Hurt Home has been a solid slab of pure ice. END_OF_DOCUMENT_TOKEN_TO_BE_REPLACED

What a Difference 70 Days Make… 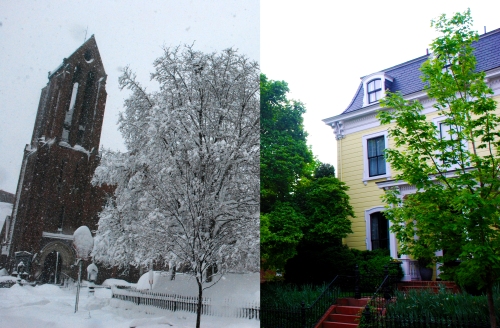 ANC Round Up: Jack Evans Edition

Last night ANC2E met for its March session. While GM wasn’t too hopeful for an interesting meeting, he really ought to know by now that it doesn’t take an exciting agenda to have a noteworthy meeting. On top of the list of items worth noting was an extended riff by Ward 2 Councilmember Jack Evans.

Councilmember Jack Evans made his semi-annual trip to ANC2E. He started out giving a stump speech on the state of the District’s finances. But from there he really just went off in a bunch of directions. For the sake of brevity, GM is just going to list the real choice quotations: 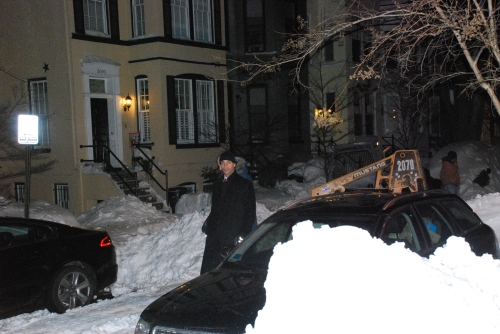 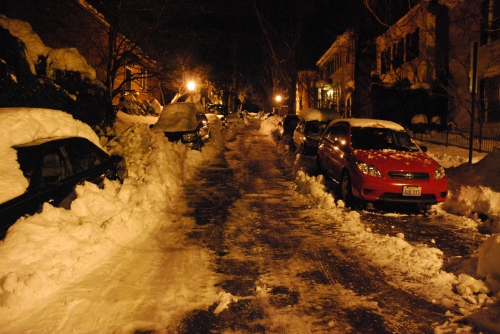 Don’t Drive Unless You Have To

Sitting at home on his second straight snow day, GM yesterday got a front row seat to automobile futility.  He saw at least a dozen cars and trucks get stuck in the snow (mostly on the unplowed R St.): 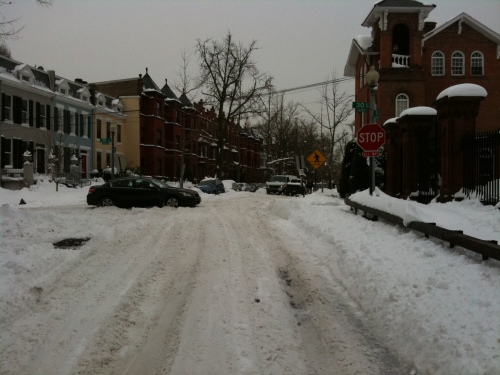 Two wheel drive sedans were no match for the mess that is R St. But it wasn’t just the small cars getting stuck. A flatbed tow-truck that came to save one of those stuck sedans got stuck itself. For about an hour. END_OF_DOCUMENT_TOKEN_TO_BE_REPLACED

Sidewalks of Shame – An Analysis

GM had a snow day yesterday and took the opportunity to walk around Georgetown and take stock of the sidewalks and roads. His findings: Most residents held up their end of the deal, but it only takes one bad apple on a street to cancel out the efforts of its neighbors.  But residents were head and shoulders above businesses, who have left most of the sidewalks on M and Wisconsin almost untouched by shovel or salt.

Ideally a sidewalk should be shoveled down to the brick. For the record, that is exactly what GM did in front of his home: 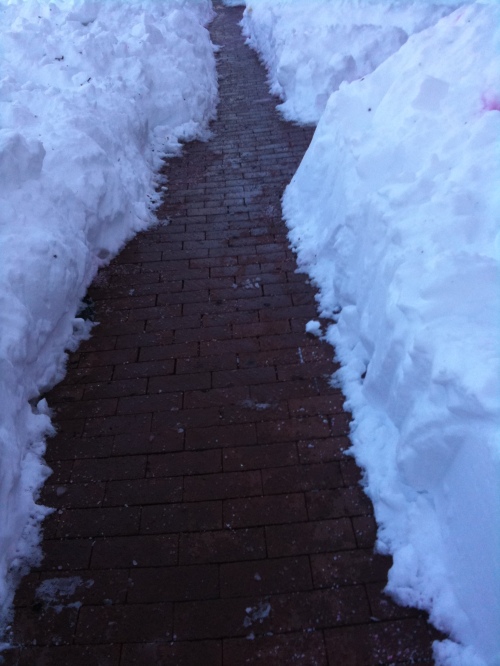 Not everyone has a shovel good enough to scrape the snow off the bricks (although GM was doing a pretty handy job using a pizza peel until his neighbor lent him a shovel).  After a storm like last weekend’s blizzard, it seems acceptable to have a thin layer of packed snow.  If that’s the case, you still ought to throw down some (pet-friendly) salt to make sure you don’t end up with a sheet of ice.

But a disappointing number of residents and businesses failed to meet even that lax standard.  With all the entrepreneurs running around offering to shovel your sidewalk, to do nothing truly earns you the Sidewalk of Shame title.

GM took a random walk through the village and came across several Sidewalks of Shame: 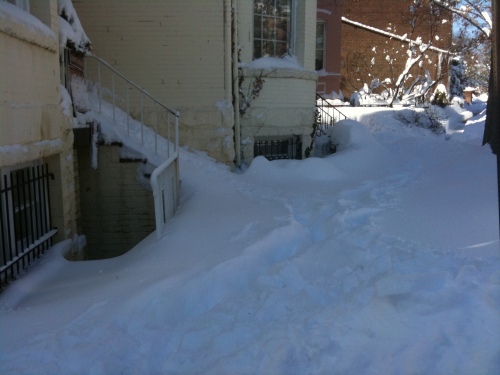 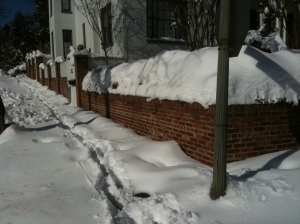 Reservoir and 32nd. This is a classic example of the negligent corner-house owner. They cleared out the sidewalk in front of their door but completely ignored the Reservoir St. side.  If you don’t like it, I’m sure there are plenty of non-corner lot homeowners that would be happy to trade houses with you. END_OF_DOCUMENT_TOKEN_TO_BE_REPLACED

Tagged as Sidewalks of Shame, Snow