The Great Georgetown Flood of 2011 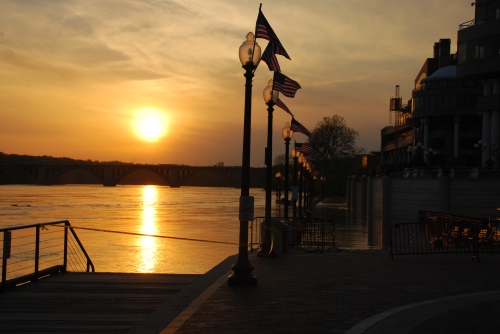 Yesterday, the Georgetown Harbour waterfront suffered a catastrophic flood. The flooding was a result of a 10 foot rise in the river level caused by last weekend’s rains, which made its way down toward the Chesapeake. Ordinarily this amount of flooding would cause the Washington Harbour to raise its flood walls. Yesterday, however, the walls were not up and by 10:00 in the morning, restaurants by the fountain began to get flooded.

By the afternoon, the scene became unreal: 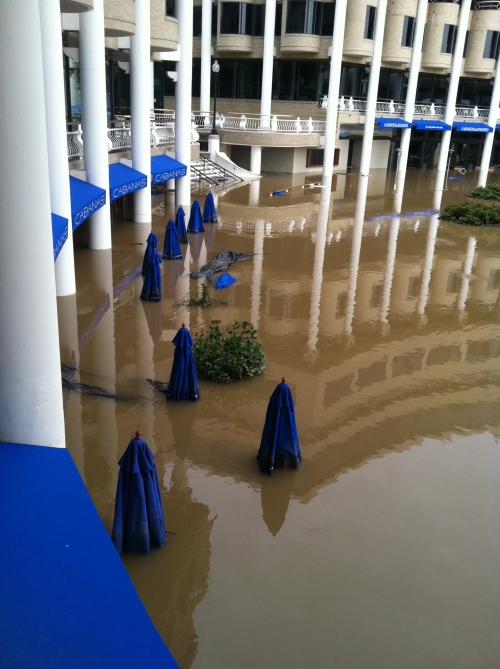 All of the restaurants facing the water suffered significant damages. It’s too early to tell know, but it will likely take weeks before these restaurants open again, which is a double hit since this is such a huge season for them.

The big question on everyone’s lips last night was of course: why the Hell weren’t the walls up? So far there are no answers to that, as WUSA reported:

So the fingers are currently pointed at the management company. But it’s probably too earlier to be placing blame. As GM was leaving last night’s CAG meeting at the House of Sweden, the crews were still hard at work pumping thousands of gallons out of the building, all while a second high tide was cresting. 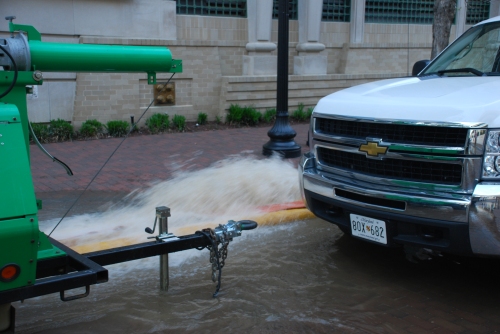 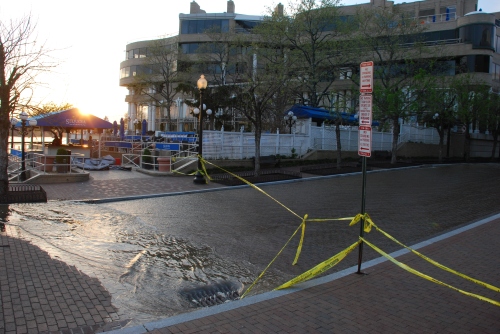 Some buildings up river suffered some flooding as well. The Washington Canoe Club had water up to its first floor: 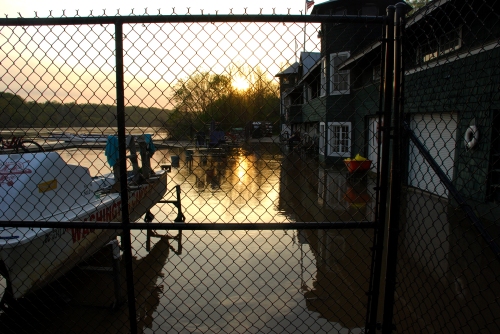 Pretty much the same story at the Washington Boat Club: 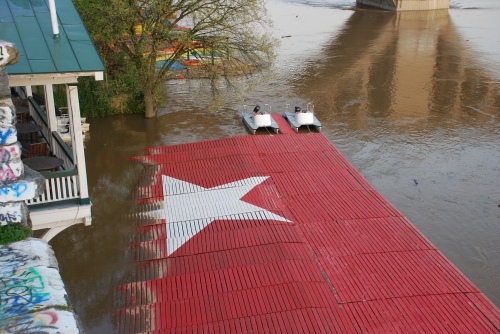 Even with all of this damage, it probably nowhere near as bad as the floods of February 1918: 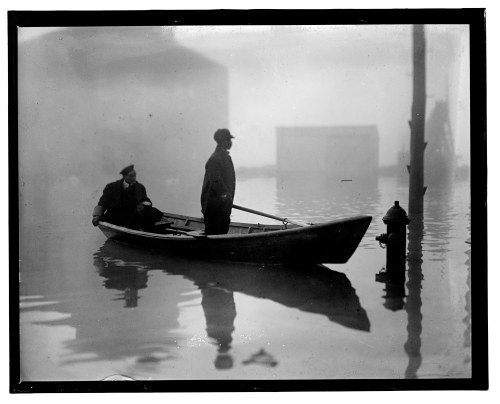