Now and a Long Time Ago: Potomac and M St.

This week on Now and a Long Time Ago, GM stops by M St. and Potomac. On this site sits the historic Georgetown Market. GM wrote about the history of this building a couple years ago:

As early as 1795 there was a market at what we now call 3276 M St. Throughout the 19th century the market waxed and waned. At times it was a produce market at other times it was a slave auction house. Eventually it was torn down and replaced in 1865 with the building that stands today. In the 20th century it saw almost steady decline. From 1945 until the 1970′s it housed Southern Distributors, an autoparts wholesaler (seen above in 1966). By the mid 1970′s it sat empty.

Interestingly, almost since the beginning the local government has owned the property. It was first conveyed to the Georgetown Corporation in 1803 and then became the property of the District when Georgetown was absorbed in 1871. It remains a District-owned property to this day.

As the quote states, the old photo above was taken the summer of 1966. In 1979, Western Development signed a lease with the city to run a farmers market in the building. After about 5 years of struggling, the market closed. It sat empty until 1992 when Dean and Deluca moved in.

While the lease for the building has bounced around various holders and subletters, the city still owns the property (it was originally built and owned by the municipality of Georgetown and ownership transferred to the city when Georgetown’s charter was revoked in 1871). Anyone fearful that the building could get redeveloped into some other use should be relieved to hear that the city is under a federal mandate to operate a market on the property. 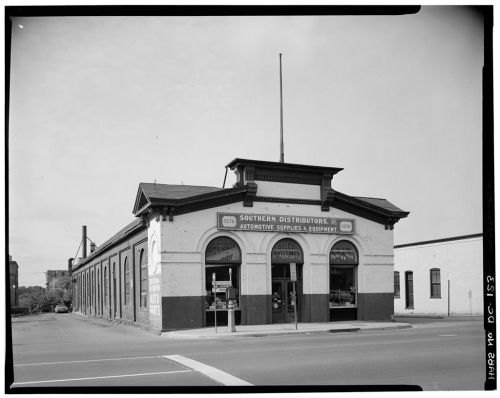 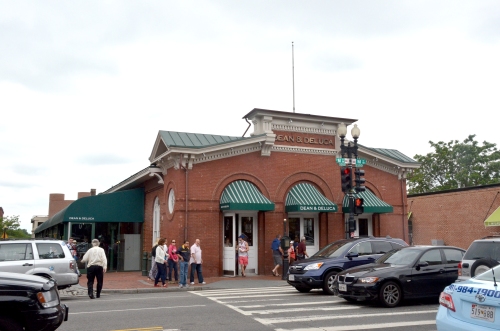 3 responses to “Now and a Long Time Ago: Potomac and M St.”