Now and a Long Time Ago: the Georgetown Waterfront 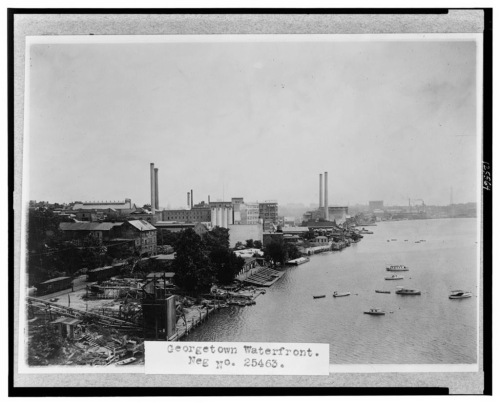 This week on Now and a Long Time Ago, GM returns to the Georgetown waterfront. According to the Library of Congress, the photo above dates from anywhere between 1909 and 1932. GM’s looked closely, and the only building in the photo whose construction GM can date if the Capital Traction Power House towards the center right. But that was built in 1910, so that doesn’t help much. So all GM can say is that this photo is from somewhere between 1910 and 1932.

Here’s the shot from today: 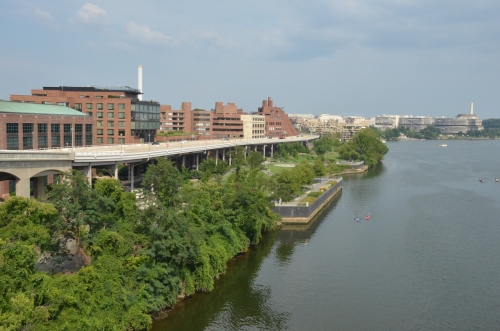 Before getting into the differences, GM is struck by the similarity of angle, which suggests that the old shot may have also been taken from the Key Bridge. Since that span was constructed in 1923, it would narrow the window a bit.

While GM can’t quite date the old photo, he can identify a few of the buildings in the shot. Beyond the Capital Traction Power House there’s the flour mill: 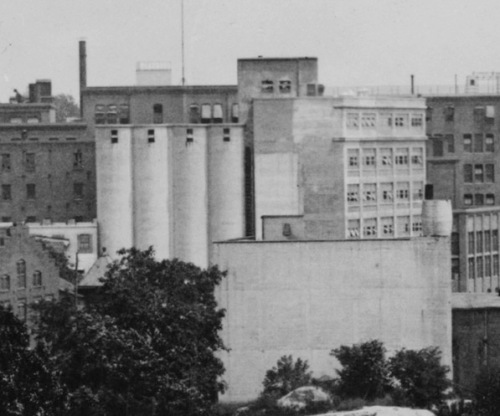 On the riverbank there’s a boathouse for canoes: 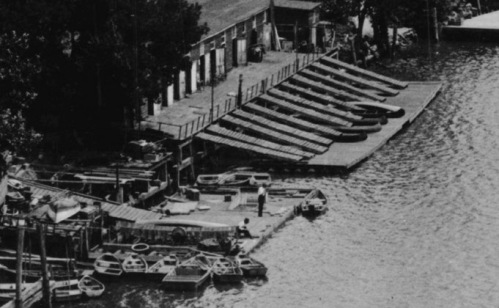 Here’s the powerhouse on Grace St: 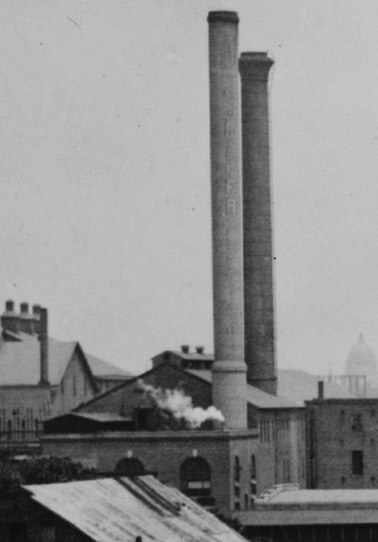 GM’s not sure what dome that is in the back on the right. It’s too big to be the Capitol dome, and it doesn’t look like it’s in the right spot to be the Riggs Bank dome. Any guesses?

There is a nationally recognized symbol that you can see in this shot. The Washington Monument is way of on the right: 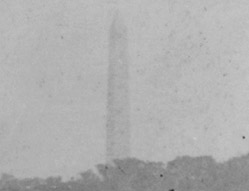 It’s really remarkable just how incredibly ramshackle the waterfront was. Now it’s a beautiful park. It probably hasn’t been this idyllic at this spot since the early 18th century.

5 responses to “Now and a Long Time Ago: the Georgetown Waterfront”