Jos. A. Banks To Open 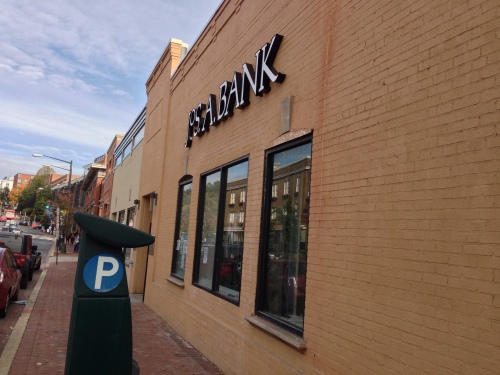 GM wasn’t aware of this news until the signs went up: Jos. A. Bank is opening up in the new commercial strip just south of Safeway. (Normally this would have been revealed during the Old Georgetown Board review of the signage, but either they skipped that, or it just wasn’t specifically mentioned in the agenda).

This is normally the place where GM would complain about the mallification of Georgetown. Yes, Jos. A. Bank is a pretty middle-of-the-road chain. And Georgetown really doesn’t need more clothing stores. But GM’s gotten so pessimistic about the state of Georgetown retail that a Jos. A. Banks counts as “well, it could be worse”.