The Liquor License Moratorium is Broken 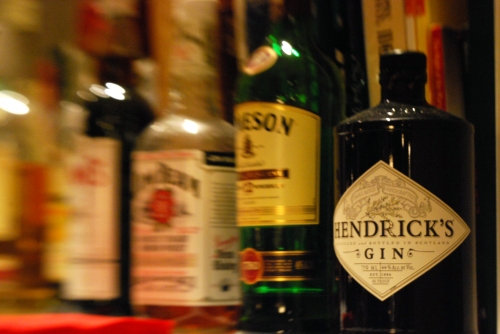 The Georgetown liquor license moratorium is broken and we’ll continue to get mediocre bars and restaurants, or none at all, until we fix it.

Even a cursory review of the recent liquor license history in Georgetown supports this conclusion:

In 2012, after business and community leaders reached an agreement, the city reauthorized the liquor license moratorium but added an additional seven licenses to the cap. This was done in recognition that seven licenses had “left” Georgetown since the moratorium began and thus the cap was even lower than when the moratorium was enacted. It was also done with the express hope that “new blood” would be good for the restaurant scene, which most agreed had grown stale.

What happened to these new licenses? Pretty much nothing. Six went to restaurants that have either since closed or never opened in the first place. The only license that remains in use is the license to Paul Bakery, which was already open before it acquired the license.

In 2014, ABRA released four additional licenses that had been turned in. What happened to those? So far, again, pretty much nothing. None of the planned restaurants have opened. For instance, there was supposed to be a brick oven pizza restaurant at 1419 Wisconsin Ave. Amazon Andes left months ago, there’s a for rent sign and no sign of any restaurant construction.

And yesterday ABRA announced four more licenses were now going to be available. The BID cheered this news, writing:

Those three restaurants have definitely attracted a lot of attention and changed many people’s opinion of whether Georgetown is still a place for fine dining.

The common theme to new quality restaurants in Georgetown is that the property is either not subject to the moratorium, or the license is obtained from the prior tenant. Not only have the eleven licenses that have been newly issued by ABRA not led to quality restaurants, they’ve led to no new restaurants, period.

If Georgetown is going to still have new fine dining, it will probably have to be in places that are subject to less rent pressure than where the remaining restaurants are now. It’ll have to be places like Chez Billy; off the beaten path just enough to be a place that national retailers won’t want for themselves.

But as more restaurants close on the main drags and get converted to retail, the licenses get turned in and recycled out by ABRA through its preposterous first-come-first-served process. And plans for great restaurants don’t coalesce on the same schedule as ABRA’s. And GM is confident that these four new licenses will be snatched up by another four speculators who have no genuine business plans beyond a belief that a Georgetown liquor license is a valuable commodity worth having.

This system is broken. The moratorium was adopted in a much different Georgetown, a Georgetown being overwhelmed with loud raucous bars. Those bars are gone. The conditions that created them are gone. The storms have passed and yet we’re still desperately clinging to the umbrella as if the rains still fall. And in doing so, we have only made it more difficult for quality restaurants to arrive.

The moratorium is not broken because it sets the number of licenses below the demand. It’s broken because demand is nowhere near the cap, yet the moratorium forces a first-come-first-served procedure for allocating the free licenses that has failed over and over again. Even the licenses bought on the secondary market create huge inefficiencies due to their sky-high price tags.

It’s hard to give up control. But community leaders will still have a role in drafting settlement agreements (what used to be called voluntary agreements) to limit the negative impacts of new restaurants.

The rain is gone, the sky is clear. Put away the umbrella and feel the sun on your face.

3 responses to “The Liquor License Moratorium is Broken”