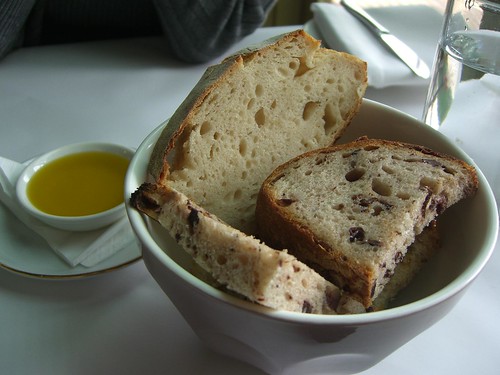 Is there a mini-foodie node emerging along Wisconsin Ave.? It’s too early to judge the long term viability, but in the near future three new gourmet-food oriented shops will be open within a short walk of Wisconsin and P.

The first one has already been open for a while earlier this year (technically in preview mode): Via Umbria at Wisconsin and Volta. This Italian shop sells cooking equipment and crockery straight from Italy, along with fancy Italian pastas and wine. They’ve been closed, however, for the last several months and the “temporary” store gets converted into its final shape.

The next shop that is coming is Boulangerie Christophe at 1422 Wisconsin Ave. Not too much has been made public about the project, but it has been identified to GM as a “nice, local high-end bakery”.

And finally, there are now signs outside 1524 Wisconsin Ave. (which used to house Darrell Dean) announcing a new shop called “The Georgetown Olive Oil Company”. That’s all that GM knows at this point, but it sounds like a promising shop.

In the world of urban planning, the phrase co-tenancy is often used to describe how shops interact with each other and can lead to a shopping district being greater than the sum of its parts. Now, there’s no risk of this part of Wisconsin Ave. turning into Les Halles, But if, say, the old Neame’s market attracts a nice high end food market, we could be seeing a trend turn into a genuine place. In this case, a place to get some great food.

But it’s still early, so we’ll see how it turns out.

One response to “Foodie Node Emerging?”