The Night Prince Shut Down Georgetown (for a haircut) 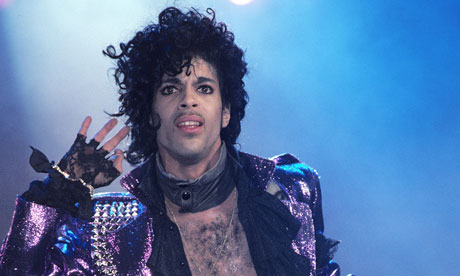 In the reminisces shared after the passing of Prince, GM happened to notice this funny story about the time Prince caused a shut down of Georgetown, just so he could get a haircut. It’s told by Alan Leeds, Prince’s tour manager during the 80s:

I think the third city we played was D.C., and coincidentally we were staying in the Watergate Hotel of all places. He decided that he needed to get his hair done. And what he would do is have his personal hair stylist find a salon in whatever city we were in and rent out the salon. And when I say “rent out,” I mean basically close it down. Nobody else was in there. We’d ask the proprietors and the other stylists to leave the building, secure it and even put up newspapers on the windows if you had to and then privately do Prince’s hair in this facility. And we’d pay them whatever it took to make them willing to do this. Sometimes it was just an autograph and a couple free tickets because the guys would love to say Prince was there. So I guess his stylist found a hair salon in Georgetown; I didn’t go with him. I was just in the hotel minding my own business doing whatever. And the next thing I knew there’s breaking news on the local TV channel that there was everything short of a street riot in Georgetown: They had closed down Wisconsin Avenue because somebody had spotted Prince getting out of a car and going into this building that housed the salon and basically had shut down Wisconsin Avenue. People had come out of the stores, fans had heard about it on radio and got in their cars and drove there or walked there or whatever. That was the point where I said, “OK, this is out of hand.”

There are a lot of hair salons on Wisconsin Ave., but not many that have been around since the 80s. Could it still be around?