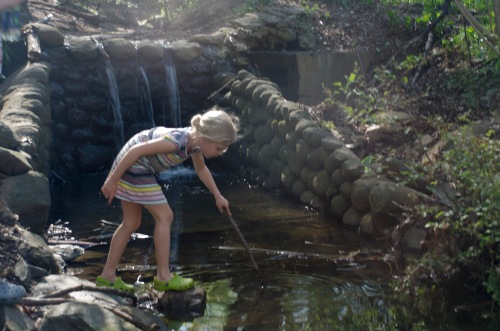 GM was taking a pleasant stroll through Dumbarton Oaks Park yesterday, and for no other reason than that everyone should know about the park, and people should pitch-in to help it out, GM felt like restating his love of the park today. 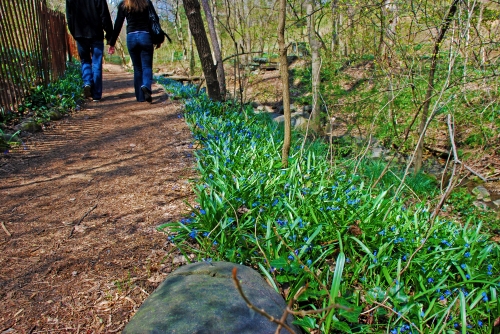 Dumbarton Oaks Park is twenty-seven acres of wilderness and Italian romanticism, all hidden away in the northern boundaries of Georgetown. It, along with the Dumbarton Oaks mansion and gardens formed the original Dumbarton Oaks estate.

Robert and Mildred Bliss bought Dumbarton Oaks in 1920. They soon after hired Beatrix Farrand–an influential landscape architect who had already established her reputation with her work at the White House and the National Cathedral–to reshape the gardens and grounds of the estate.  Farrand, for her part, had studied extensively the Italian renaissance style of gardens and brought that expertise to bear on her work for the Blisses.

While the gardens and grounds immediately around the mansion are quite formal, Farrand’s plans for the land that ultimately became Dumbarton Oaks Park were rustic and natural. In fact, according to Historic American Buildings Survey, much of the natural landscape of the park predated Farrand’s work there. In other words, Farrand made her work accommodate the nature she found there, rather than vice versa. 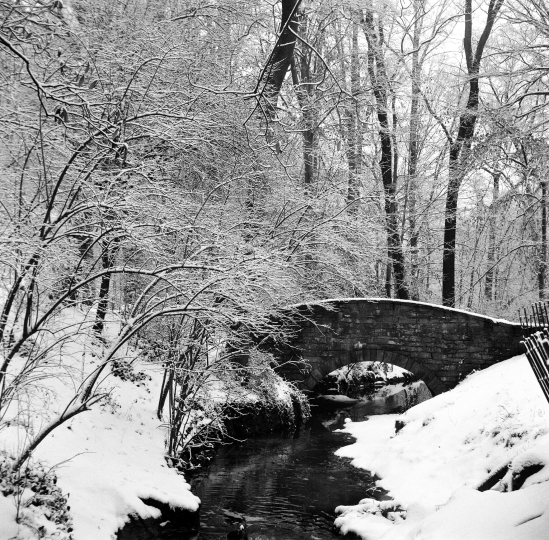 While Farrand worked around nature, she certainly left her stamp. Walking through the park, one can still see the bridges and waterfalls Farrand planned, as well as the path through the meadow she laid out. 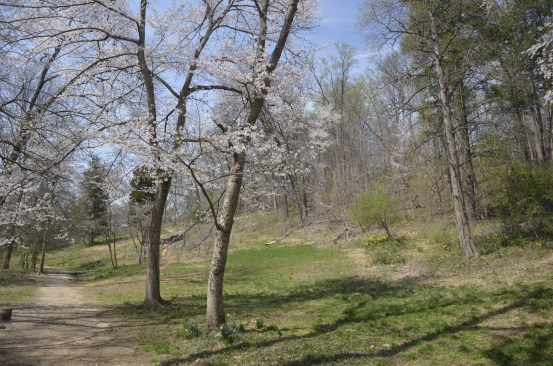 Years of neglect by the National Parks Service led to a significant decay of Farrand’s original plan. Invasive vines crept over whole acres of land. The romantic follies, like the water wheel or the fake pet cemetery, fell apart or were swallowed up by the vegetation. And erosion ate away at the landscape.

While ad hoc efforts to clean up the park and cut back the overgrowth, it wasn’t until 2003 that a dedicated group was formed to supplement NPS’s meager efforts. Modeled after the Central Park Conservancy in New York, it was called the Dumbarton Oaks Park Conservancy.

After years of efforts, progress is acutely visible. Nowhere is that clearer than the meadow on the western edge of the park. For decades it was completely covered by suffocating invasive vines. Now it is free of the vines and hosts a veritable nursery of new trees. 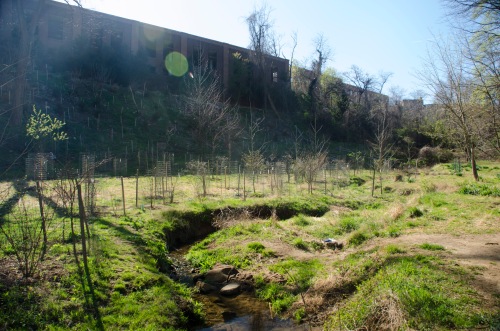 Fences throughout the park mark off other areas of restoration.

There really is nothing else like Dumbarton Oaks Park in DC. It is a bounty of both natural and man-made beauty. The rambling path along the dozen or-so waterfalls, is special enough, but it is only a part of the park.

GM wrote the following after the park conservancy turned one, and he still feels it’s true today. Please consider donating to the conservancy to keep this progress moving forward and to preserve this gem for future generations.

Following the [event celebrating the Conservancy’s first year], GM quickly slipped away from the embassy and hopped back on his bike. Riding through the Rock Creek trail to Lovers Lane, he decided to take a detour through the park he had just heard so much about.

Riding over the bridge and entering the valley, GM was struck again at how special this park is. He passed dogwalkers and a small family of deer as he chugged his heavy Schwinn up the rocky paths. The cool air floated down from the woods as twilight started to fall.

There are plenty of beautiful spots in Georgetown, whether on the veranda of a $10 million estate, the benches of Book Hill or the banks of the Potomac. But for GM, the meadows of Dumbarton Oaks Park top them all. Turning back to Lovers Lane, GM couldn’t help but think back to that first walk through the park almost nine years ago. He couldn’t believe then that he would be so lucky to live so close to this park. Nine years later and he still can’t believe it.