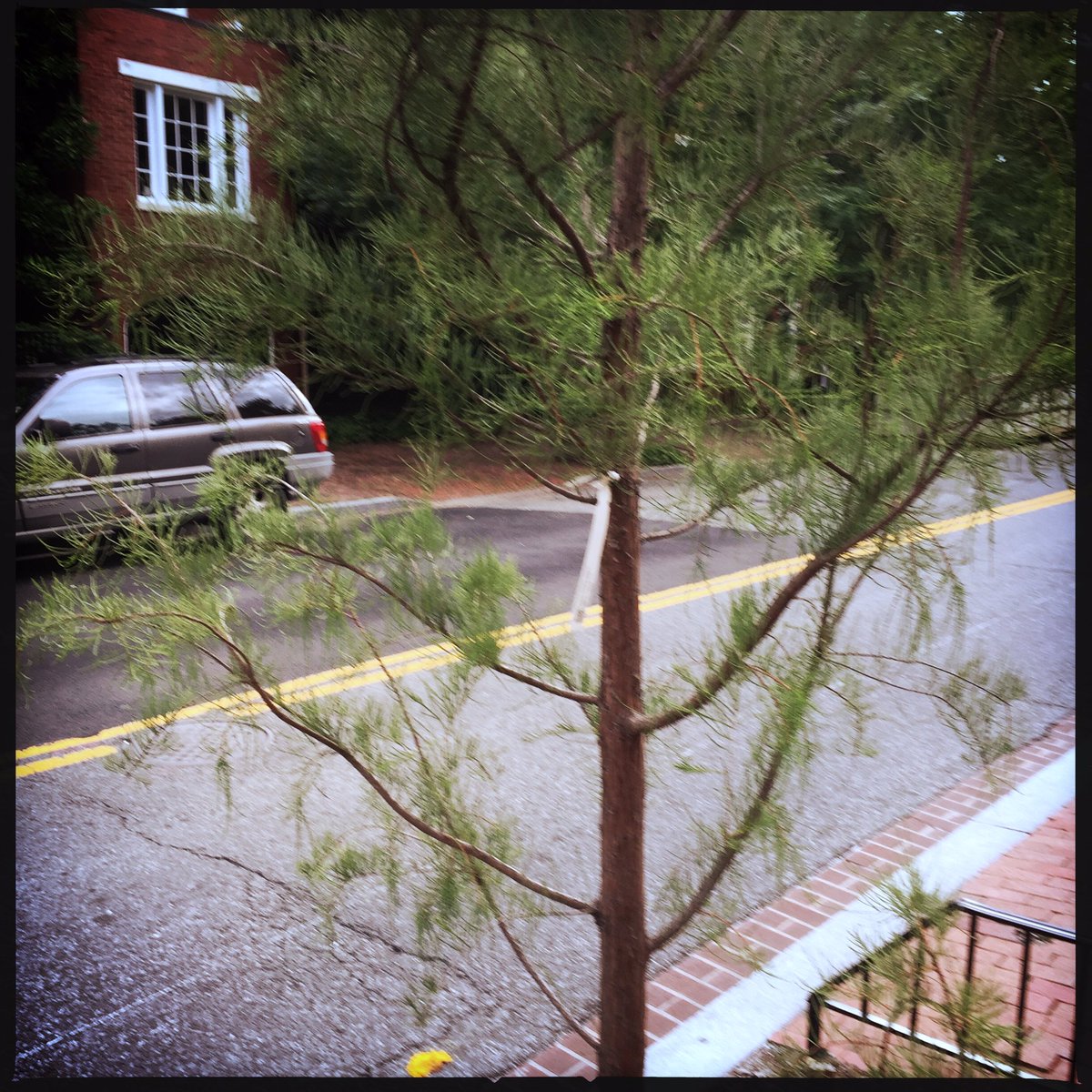 This week on Know Your Trees, GM is branching out (ha) to talk about a tree you traditionally didn’t see very much in the tree boxes of Georgetown, but which you’re going to see more of in the future: the cypress. Specifically the bald cypress.

When GM first saw a cypress planted in a tree box, he was surprised that a tree famous for growing in deep southern bayous would do well in an urban environment. But apparently they can adapt well and are being planted more around places like Georgetown. The one above is on P just west of 31st. There were about five other relatively young cypresses planted around the neighborhood before this year. This year brought a handful more, including one on Volta just west of Wisconsin.

And notwithstanding its deciduous nature, its leaves sure look like evergreen needles:

They have that sort of droopy and soft needle you might associate with cedar trees (another conifer).

Their trunk can also be quite distinctive. When you see a mature cypress in a swamp, it may look like this:

That is the look of sleepy southern bayous with gators swimming among the roots. GM saw a spectacular one on a trip to New Orleans last year:

GM does not believe the sinewy look of the base of the trees above will appear on the trees here in Georgetown. Also what you won’t see are those spikes that are coming out of the ground behind the tree above the New Orleans one. Those are cypress “knees” and they appear around cypresses in swampy areas. Scientists theorize that it could be a way for the tree to get more air.

For an example of what the Georgetown trees could eventually grow into, take a look at the five cypress trees planted on the mall near the Natural History Museum:

The bark of a cypress, especially a young one, is also distinctive. It has a flakey look that like the needles, you may also associate with a cedar tree:

Like their conifer brethren, bald cypress can grow immense. A mature one can reach 70 feet tall and 30 feet wide. But it’s not a fast grower, so it will be a long time before Georgetown’s young cypresses will tower quite that high. But given how unusual they are for the neighborhood, it will be interesting to watch them grow.