Those Famous Who are From Here

Washingtonian magazine published a piece last week about an interesting project that uses Wikipedia data to identify the most famous person associated with each city, town, and (in some cases) neighborhood. For Georgetown, that person turns out to be John F. Kennedy. While this comes at no surprise, it doesn’t answer a more interesting question: who is the most famous person who’s actually from Georgetown?

GM doesn’t have a definitive answer, but he’s got a couple candidates:

Olivia Wilde is a successful television and Hollywood actress, most famous for her role on the medical drama House. She has also performed on stage and even directed a recently released movie (Booksmart). 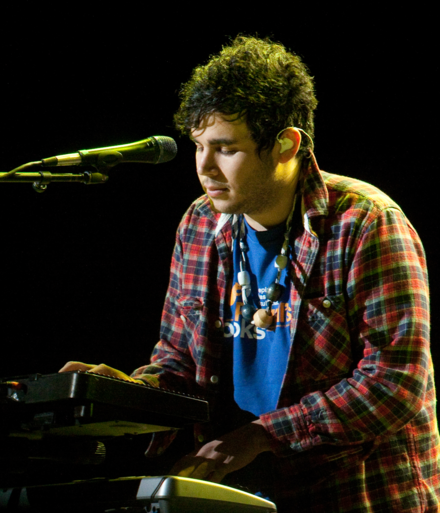 Rostam Batmanglij is a musician most famous for being in Vampire Weekend, a group he helped form at Columbia University. In that band he contributed significantly towards the group’s sound by handling keyboards and backing vocals. He split with the band in 2016 and is now a solo artist performing simply under the name Rostam.

Like Wilde, Batmanglij is also the child of talented parentage. His mother is Najmieh Batmanglij, who is a famous cook and author specializing in Iranian cooking. The family lived on 35th St. (the house just sold for $3 million). Batmanglij also attended Georgetown Day School Potomac School.

Whitney Cummings is a stand up comedian and actress. She has appeared in films and television shows, including Whitney, in which she was the starring role. She has served as a producer and writer for shows such as the Roseanne  reboot.

GM would be remiss to not include at least one Georgetowner from the more distant past. And William Wilson Corcoran stands out as a strong candidate. Born in the city of Georgetown in 1798, Corcoran was the son of the city’s mayor, Thomas Corcoran. The younger Corcoran went on to have a highly successful career in business and finance. Once wealthy he turned to philanthropy, most famously by establishing the Corcoran Gallery of Art and commissioning James Renwick to construct the gallery’s home (which is now called the Renwick Gallery and hosts the Smithsonian American Art Museum).

A few other famous people have more tenuous claims to be from Georgetown. Most famous amongst those is singer Tori Amos, who lived in Georgetown until she was two (when she moved to Baltimore). Under Armour founder Kevin Plank spent a great deal of his childhood visiting his grandmother in Georgetown (and he started his company from her house). Caroline and John Jr. Kennedy famously lived in Georgetown before and shortly after their father’s presidency.

For the most part, each of these individuals have been successful in some form of performance art. Perhaps that is as much a reflection on what makes people famous in the first place. But it’s nice to see the children of Georgetown go on to have decidedly un-Georgetown like careers.

One response to “Those Famous Who are From Here”