Last Friday, GM posted the above photo of one of his favorite architectural quirks in the neighborhood. It’s two horse heads poking out of the facade of 1111 34th St. as if were a barn. Given the location of the building on an alleyway, GM just always assumed it must have once been stables.

But turns out that’s not right. Kim Bender, the executive director at the Heurich House, pointed out their true origin:

Once upon a time, these were located at the Chr. Heurich Brewing Co. pic.twitter.com/LUMKBao8bZ

The Huerich Brewing Co. was the brewery of DC. It once maintained a massive complex where the Kennedy Center stands now: 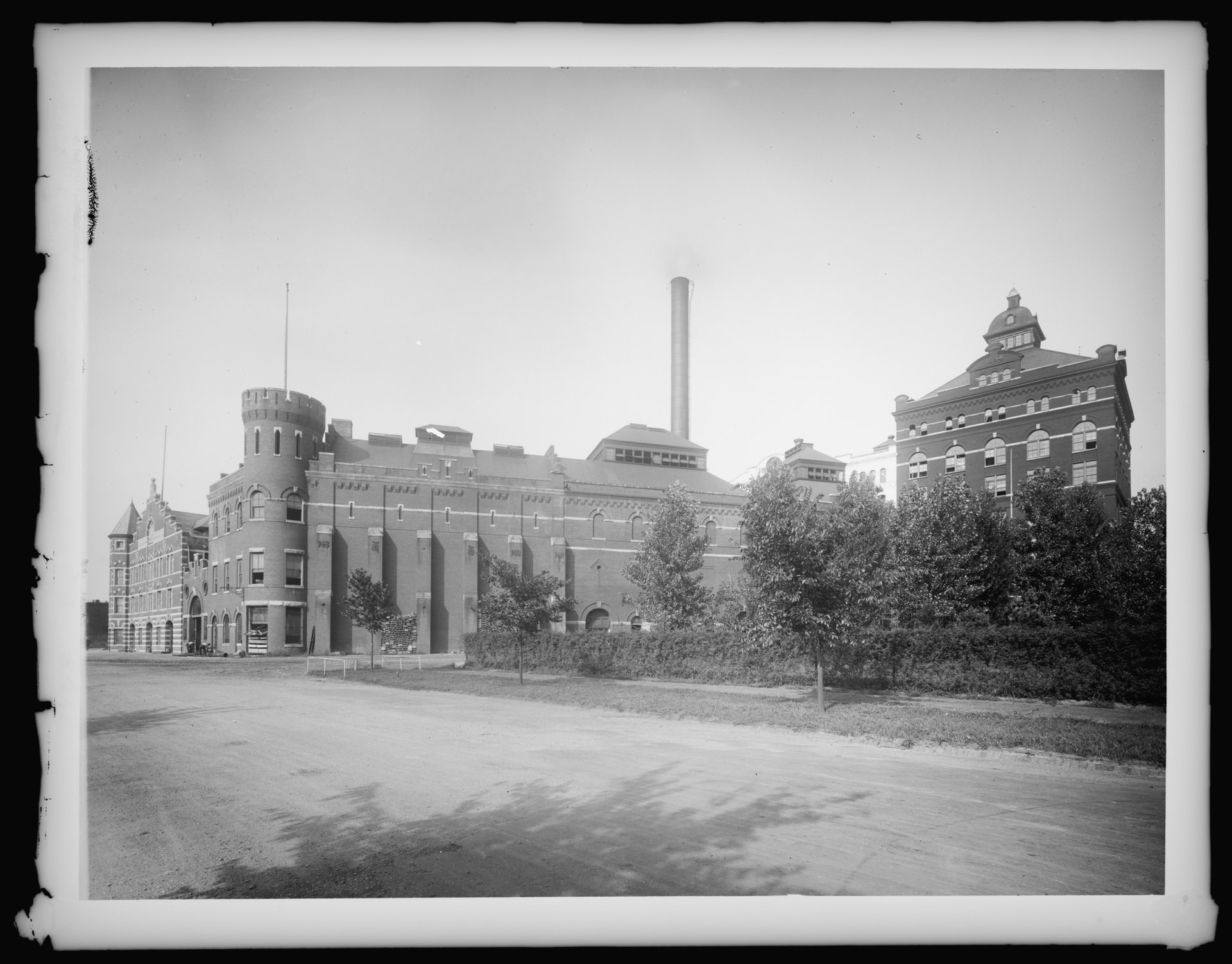 Sadly, like many regional breweries, Huerich was driven out of business by the massive national brands that came to dominate the market after prohibition ended. It closed in 1956.

A grandson of the breweries’ founder started a new version of the company in the 90s with Foggy Bottom Ale. (The beer was actually contracted brewed in Utica). That grandson, Gary Huerich, continued that beer until 2006, just missing the brewery renaissance that started in DC shortly thereafter with DC Brau, Three Stars, and others. (Bender’s museum, the Huerich House, actually worked with DC Brau to bring back Huerich’s famous lager, which you can find in stores and bars.)

Gary is how the horse heads found their way to Georgetown because he owns 1111 34th St. Right now it houses a copying shop, but it would be great if some sort of a beer business took it over someday. Perhaps a micro-micro brewery!