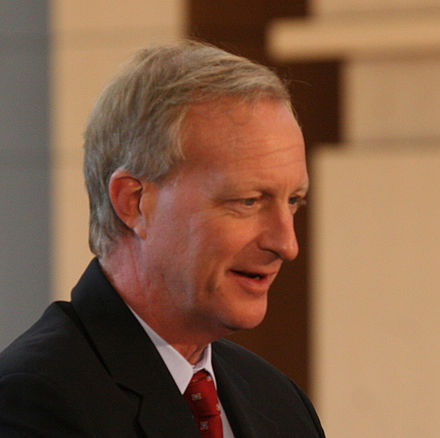 GM’s been reading a book recently arguing for the Many Worlds interpretation of quantum physics. In short, this view states that every quantum event causes the universe to split into multiple new worlds, one for each possible outcome of the event. It’s not quite right to say that every possible macro-level event has occurred, since not every such event is tied to a quantum event. But it’s still a distinct possibility that many things that could have happened, actually did.

One such event that could have happened was former Ward Two Councilmember Jack Evans deciding not to run for reelection four years ago. He had just lost his long-shot bid for mayor two years prior, and he left his lucrative side job at Patton Boggs. He had served as Councilmember since 1991. While many would disagree with his priorities, his tenure as Chair of the Finance Committee contributed greatly towards the financial health of the city. He could have ridden off into retirement and well paying consulting work.

GM would like to believe that somewhere out there in Hilbert space, that Jack exists.

Unfortunately, we did not end up on that branch of reality.

On our branch, Jack ran again and won reelection. Then he apparently got short on cash and started blatantly selling his influence. The investigations found more and more unseemly behavior. He was kicked off the board of WMATA. The Council stepped in and were days away from making Evans the first ever councilmember expelled. Then he quit in disgrace.

But rather than walk away and hope for an eventual rehabilitation of his reputation, Evans jumped into a crowded field of candidates running for the same seat he just quit. It was an obviously callous attempt to take advantage of split votes to get back his job and parking privileges (although he laughingly claimed he wouldn’t accept the this time around).

Well most of the votes are in, and Evans lost. Really badly.

As of this morning, the Board of Elections is reporting that Jack only got 293 votes (so far). That puts him in seventh place, ahead of only Daniel Hernandez, who barely ran a campaign at all. He got fewer votes from the entire ward than his ANC Commissioner got from his small district in the last election. It was truly an embarrassment.

What this means for his ability to find work in the private sector is unclear. But it almost certainly marks the end of a political career that should’ve been over already.

As for the winner of the Democratic primary, that is also unclear. As of this morning Brooke Pinto is leading Patrick Kennedy by about 100 votes (2,150 to 2,048). But lots of mail-in ballots are outstanding, so the lead could change.

One response to “Already Disgraced, Now Jack Evans is Embarrassed”