This week on Georgetown Time Machine, GM is back with another amazing aerial photo from the National Archives. This one is of Georgetown University and western Georgetown from the 20s or the very early 30s. And the details are again quite amazing.

Healy Hall and the buildings to its west are largely the same as they are today, but beyond that the campus is totally different. Copley and White-Gravenor Halls weren’t yet built (they were built in 1932 and 1933, respectively). And where they would end up held a football and baseball stadium:

Speaking of sports, where Lauinger Library is was once a couple tennis courts: 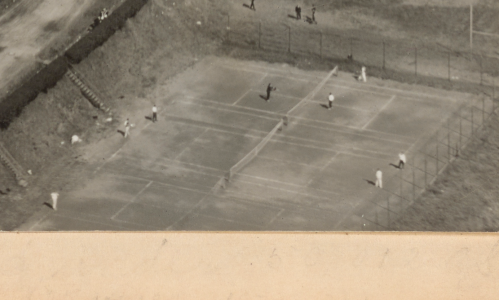 Looking beyond the campus, you can see west Georgetown in incredible detail. If you happen to live on those blocks, there’s a decent chance that this photo has a very clear photo of your house in much earlier days. (Click the photo at the top to see a full resolution version). Go ahead and poke around.

One thing GM noticed is that it looks like you might be able to see into the pool at what is now called Volta Park (back then it was called the Georgetown Playground), or maybe this is just remains from the old burial grounds still around:

Again, it’s amazing to be able to see things with such detail, such as laundry drying behind homes across from Holy Trinity: 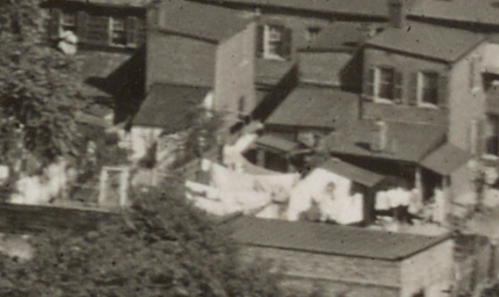