Students Collaborate to Research History of Those Buried at Mt. Zion Cemetery 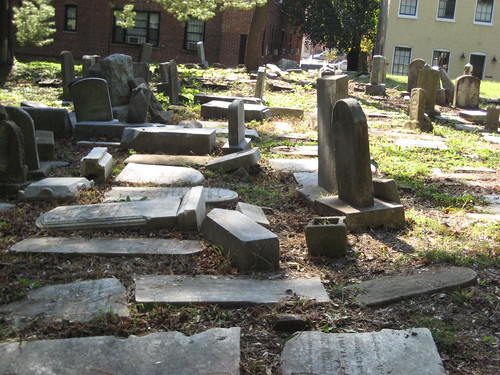 A group of middle school, high school and college students gathered last week to celebrate an inaugural project to document the lives of the individuals buried at the historic Mt. Zion and Female Union Band Cemetery on Mill Road in northeast Georgetown. GM was sadly out of town and missed the event but according to the event’s release:

The resultant database of vital statistics, biographies, interviews, photos, audio, and video will be donated to the Mt. Zion – Female Union Band Cemetery at the Final Class, which will be held at the Cemetery (2501 Mill Road Northwest, Washington, DC 2007) this Thursday, July 30, 2020, at 2 pm – 4 pm.

The cemetery is a fascinating and hallowed ground. It is reported to have been a stop on the Underground Railroad and is the final resting place of thousands of Black Georgetown residents, both enslaved and free, with burials ranging from the 18th century up until 1950.

The cemetery has obviously fallen into disrepair, which the organization listed at the beginning of the release is trying to remedy. But its place at the heart of Georgetown’s story has not weathered at all. It’s fantastic to see the stories of those buried there getting documented before the names are washed away from the stones forever.