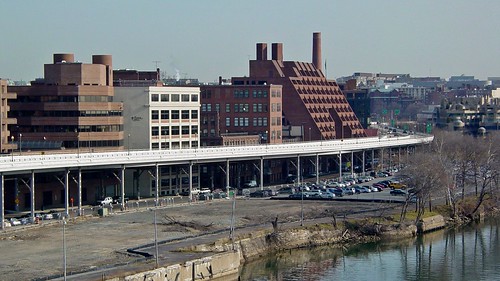 This week on Georgetown Time Machine, GM is going back only a very short time ago: to 2006. The above photo was taken in December of that year, and shows what the Georgetown Waterfront Park used to look like. GM came across it recently, and was taken aback by it.

This was so recent. Most readers probably can even remember this. Hell, GM started the Georgetown Metropolitan only two years after this photo was taken. He remembers this clearly. It may be 14 years ago, but it still feels like yesterday.

But still, even having seen it with our own eyes, it’s shocking to be reminded just how awful this scene was so, so very recently ago. Where Fords and Toyotas once parked, a lush tree-filled park now stands:

It’s a great reminder to consider what the efforts of great organizations like the Friends of the Georgetown Waterfront Park can accomplish with the hard work and remarkable dedication of its volunteers. Judy Bonderman, Katharine Sullivan, and Ann Satterthwaite first came together in 1978 to form the group that would eventually spur the creation of the park. The final phase of the park was not opened until 2011.

This is also another great reminded that even though auto-infrastructure (such as a massive surface parking lot) exists, it does not mean it’s absolutely critical. We can imagine a world without it, realize it, and not suffer an apocalypse.