GM has written about these signs before. Here is a photo of them from a National Geographic article from the same time period: 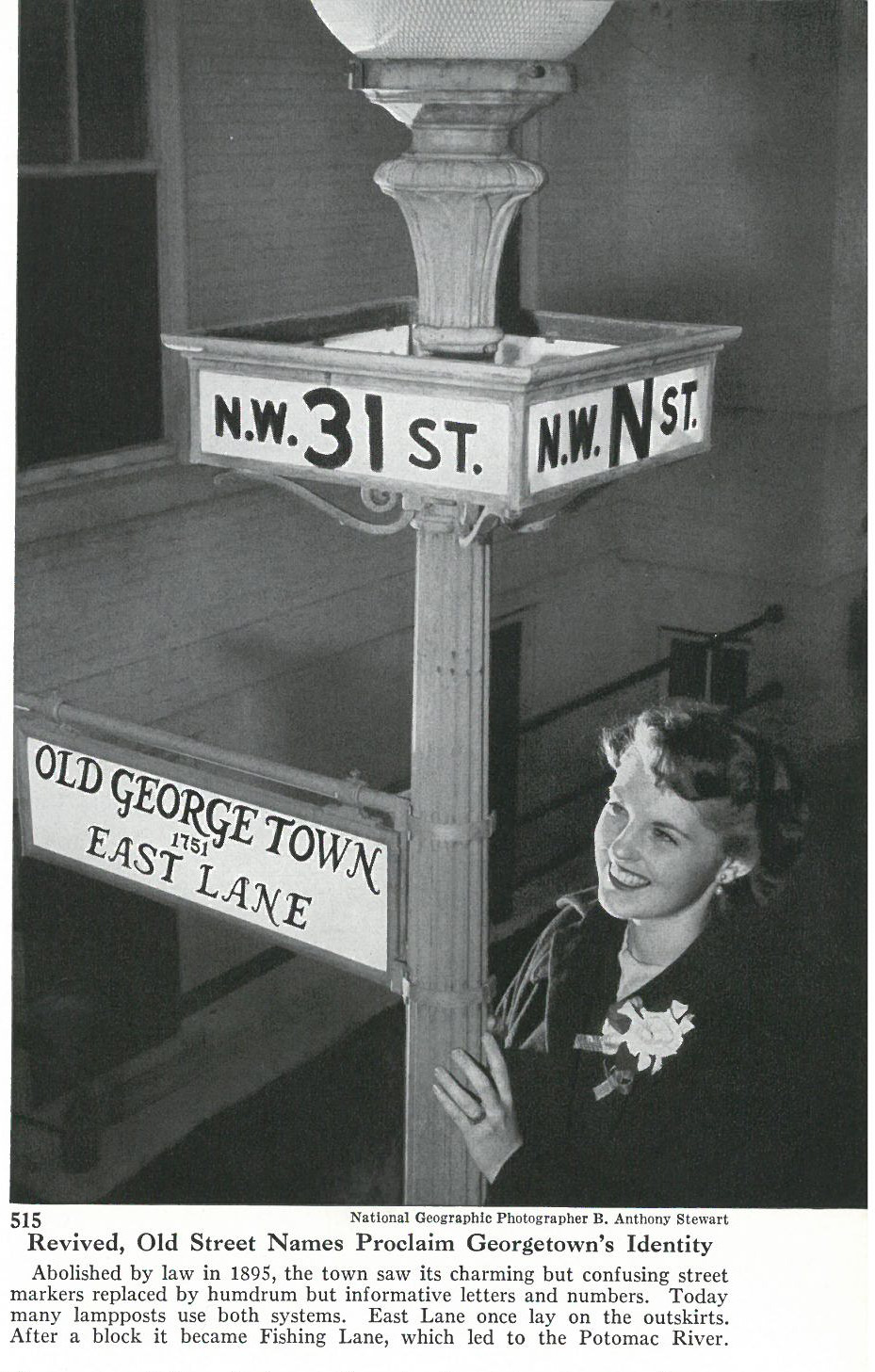 The article that GM is speaking about today was from before the signs were erected. It documents who was behind the effort and why:

The article tries to answer some of the questions GM raised with his recently initiated series on the roots of the old street names:

(GM’s not so sure about all of these, as he plans to explain eventually through his series. The one that seems especially wrong is Frederick. When Georgetown was founded as a town in Maryland, it was in Frederick  County, which seems like a much more likely source of the name, especially since the road didn’t actually go to Frederick when it was laid out.)

GM is not sure when the old signs came down (and has been advocating for years that some sort of a replacement be erected). An article from ten years after they were erected stated that they were getting damaged and stolen, but the city wasn’t willing to pay to replace them. Two ended up at the Peabody Room (one after GM bought it from the Christ Opportunity Shop and donated it). Chances are the damage and thefts continued until they were all gone.