This week on Georgetown Time Machine, GM looks to the opening of a new gym on GU’s campus from 1906.

The photo appeared in the Washington Times November 11, 1906. The caption reads:

The gym was named Ryan Gym, after benefactor Ida M. Ryan. Here is a clearer photo of the inside from GU’s archives taken four years later:

The balcony seen above the floor was actually a hanging running track, a feature you often see in gyms from the era. But it posed a serious problem for basketball players, as recounted in GU’s archives:

Note the elevated running track around its perimeter which created shooting problems for the basketball players. A ‘Hoya’ article of January 10, 1940, reports the track’s removal and notes: “This structure had long been a hindrance to basketball players . . . as students know, it was impossible to make a shot from the corner of the court as the ball was blocked by the overhanging balcony.”

Georgetown played home basketball games here from 1915 until 1931. They played at other locations around DC, including Uline Arena, until the construction of McDonough Gym in 1950.

Ryan Gym has not fully left us. While the interior of the gym was removed, the shell remains and is part of Davis Performing Arts Center: 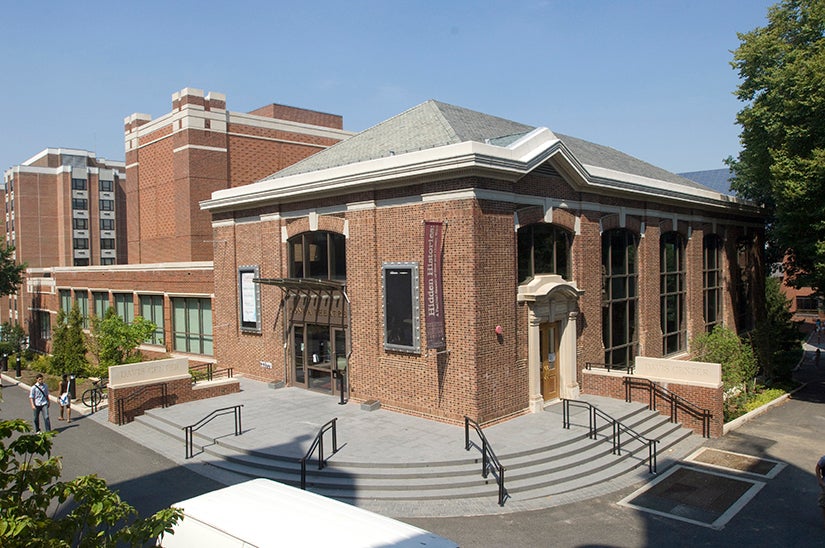