This week for Georgetown Time Machine, GM returns to the DC Historical Society’s archives for rustic shot of a bridge and a street that no longer exist: L St.

The photo is of the L St. bridge that once spanned Rock Creek. When it’s from, however, is a bit of a question. The archive’s records indicate that the photo comes from a collection of photos taken between 1923 and 1928. However, this is not what Rock Creek looked like in the mid 20s. Here’s an aerial shot showing how industrial the area around where L St. intersects with Rock Creek looked like:

Here is another shot of the bridge from the Historical Society’s archives showing how rural that area was at the time of the photo:

What to make of this inconsistency? Well additional notes to the photos might offer a solution. They state that the photos may also be copies of photos taken around the Civil War. And that makes a lot more sense. So GM is fairly confident we’re looking at what the eastern edge of Georgetown looked like in the mid 19th century.

But what came of this bridge? GM’s unsure. It appears from the 1920s aerial photo that a small bridge may have still existed crossing Rock Creek at the terminus of L St. in Foggy Bottom. But if it did still exist, it was gone by the next decade. The federal government needed to clear it away to finish the southern end of the Rock Creek Expressway. 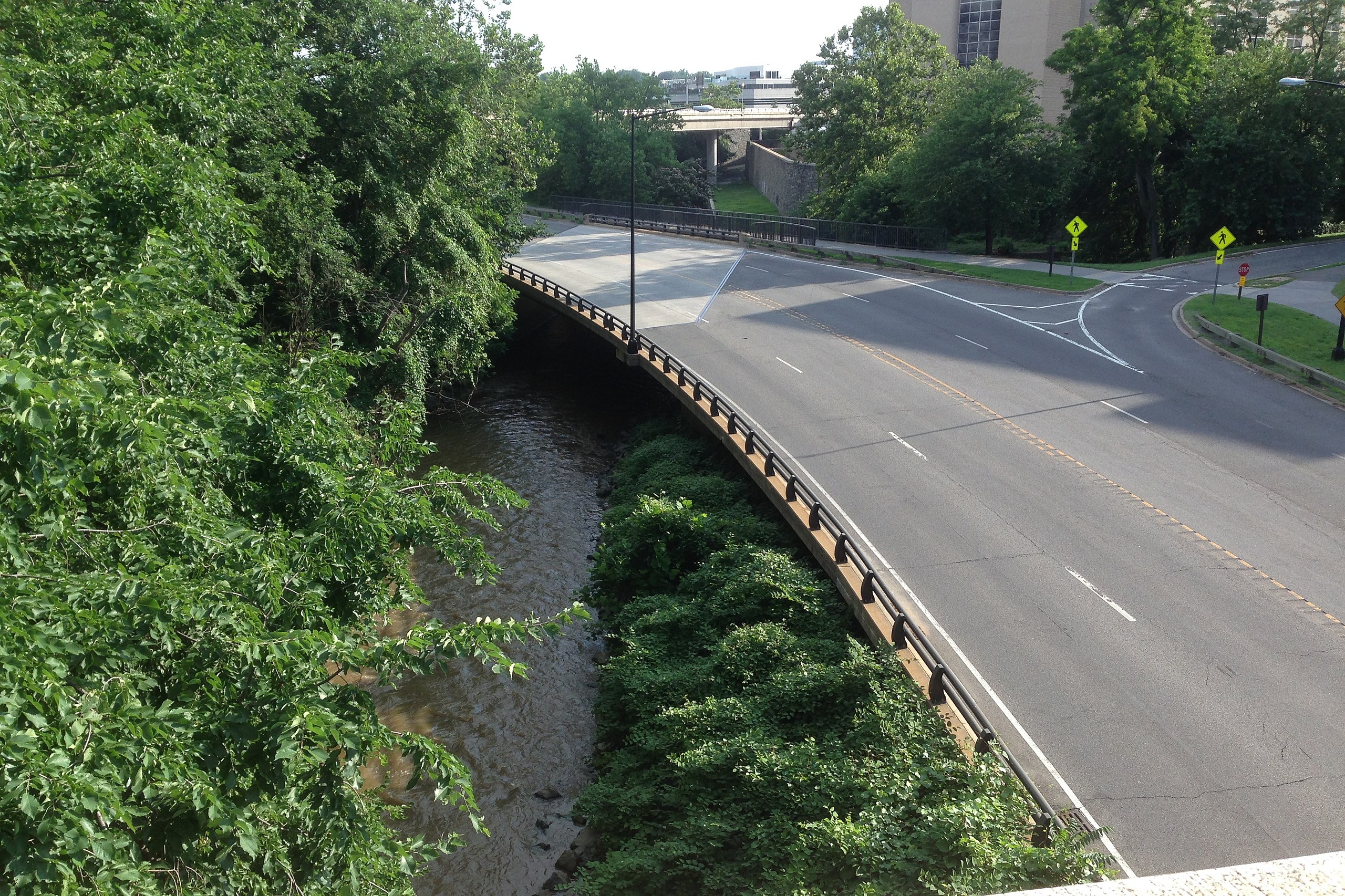 It’s probably a bit of an insult to that old bucolic bridge that a highway is using its name despite not resembling it in function at all. But at least the trees grew back!