ANC Round Up: Demolition By Neglect 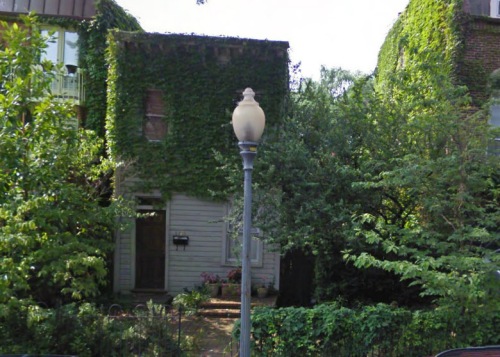 The ANC met for its October session last night. Here are some of the bigger items they discussed:

The agenda was marked by a solemn item. The new owner of 3324 Dent Place has filed a raze request with the city. Such requests are rare in Georgetown, and even more rarely granted.

The house in question can be seen above in slightly better days. It is a wood frame house and likely dates from the mid 1800s. It can be seen in this old map from 1903. Even as late as then, that block of Dent was home to only a couple of other houses (also, it was called S St., not Dent).

The house’s more recent history was retold by Chairman Ron Lewis last night. In 1978, the owner of the house requested a raze permit. The Old Georgetown Board denied it. For whatever reason (perhaps out of spite) the house was left to rot for decades. As the neighbors complained last night, the property became a fetid eyesore attracting vermin and mosquitoes. One resident complained that when she lived there 15 years ago, she couldn’t believe the house was in such poor shape. And she mentioned that when she returned to the neighborhood after living abroad all those years, she was shocked to see it had only gotten worse.

Up to a little over a year ago this was a classic case of demolition by neglect. This is the situation whereby an owner of a historically protected building allows the building to fall into such disrepair that the city will be forced to grant a raze permit. The proper response to such a tactic is to jack up the property taxes and deny a raze permit. Unfortunately, in this situation Mother Nature had her say. During Hurricane Irene a large silver maple fell squarely on the house. It is now unsalvageable.

Ron Lewis recognized the difficulty of the situation. Allowing a homeowner to tear down a century-and-a-half year old house is irrevocable. But the neighbors who had lived with the eyesore for too long. It is a shame that such a historic structure cannot be saved, but a raze permit must be issued.

Lewis added a clause to the motion supporting the raze permit that requested that the new owner of the building not be permitted to use this raze as an opportunity to build a much larger house. It’s a small gesture in the face of a bad situation all around. END_OF_DOCUMENT_TOKEN_TO_BE_REPLACED

So You Want to Make Some Changes to Your House? Start Here… 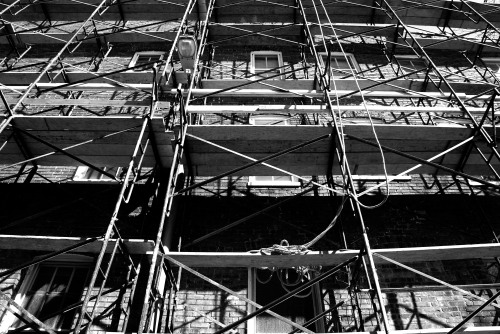 GM learned the other day that the DC Council is taking up consideration of the Historic District Property Notification Act of 2011. What this law would do is to ensure that a notice is sent to every homeowner of a house in DC’s historic districts, including Georgetown, reminding them of what additional approval requirements apply to such homes.

This is long overdue and hopefully will make a difference towards reducing unauthorized construction in historic districts. But why wait for the legislation? GM will fill you in right now on what you need to know.

The simple answer is basically all changes. Here are some ostensibly small changes that need approval:

And of course more dramatic changes obviously also require approval. Basically, there’s a fairly good chance that just about any physical change to the exterior of your house that you can imagine requires at least some minimal approval.

There is once exception to that rule (and an exception to the exception): paint. If you simply want to paint your house a new color, it does not need design review. However, if you have one of those plaques on the front of your house, like this: