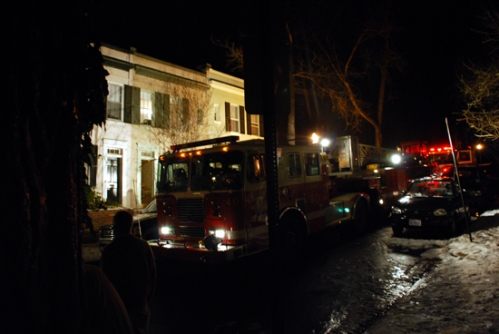 About five engines responded to an alarm on Avon Pl. However, by the time GM got there (no less than four minutes after the first engine drove by) it looked like whatever it was was under control. Seems like overkill for what seems to be no worse than a grease fire, but that’s better than underkill GM supposes. Anybody know what’s up?