ANC Round Up: Kissing Up Edition 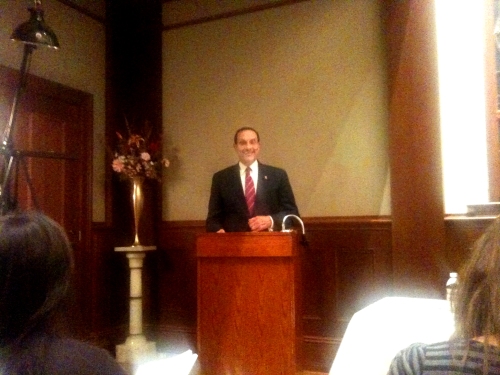 Last year, Georgetown voted overwhelmingly for Adrian Fenty (84%) over Vincent Gray (14%) for mayor. And by most accounts, Jack Evans is somewhat on the outs with Gray for supporting Fenty. But you wouldn’t know either of those two things by attending last night’s ANC meeting.

In a rare occurrence, the mayor stopped by ANC2E’s meeting last night. He was introduced as some length by Ward 2 Councilmember Jack Evans (who does stop by ANC meetings once or twice a year). Despite the reported chilliness between the two politicians, last night it was all warmth.

And maybe it was simply out of respect for the office, but the crowd was similarly warm to Gray despite not voting for him, even giving him two standing ovations. Bygones were bygones last night.

As for the substance, GM posted the audio below if you want to listen, but in summation it was basically a typical stump-like speech touting the budget that was passed and some of his accomplishments in expanding universal pre-K and limiting special education costs, among other things.

But this being ANC2E, it wouldn’t be a community event without the issue of students being put to the forefront. But on this occasion, it was actually the students doing the pushing. Two students stood and asked a question during the mayor’s Q&A. The first asked him to weigh in on the controversial ANC redistricting. Gray punted, but then Evans stood up and basically explained the process that occurred and how it was open to everyone who wanted to participate. The message between the lines was “hey, you didn’t get enough people on the committee to draw the map as you wanted, so that’s why you’re disappointed.”

A second student rose and asked the Mayor to expand upon some doubts he had earlier expressed over student enrollment caps. The mayor responded pretty quickly that he said that before he even took office and has since decided that enrollment caps are appropriate.

GM would be remiss not to mention that while most of the Mayor’s speech was pretty dry, he got downright electric talking about DC voting rights and encouraged the crowd to show some backbone and stand up for our rights. Listen below (the voting rights stuff starts at about 20 minutes) it’s fun to hear him get into it so much, even digging a little at Obama for selling us out.

But there were actual ANC review matters on the agenda to, and once the Mayor and company left, the ANC finally turned to them. But like the meeting itself, GM is going to give them a little short shrift ’cause it’s late: 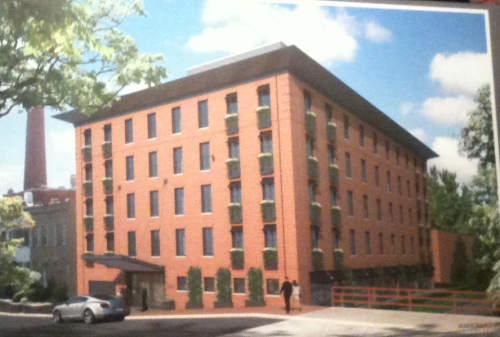