Four Pedestrians Killed in Georgetown since 2003 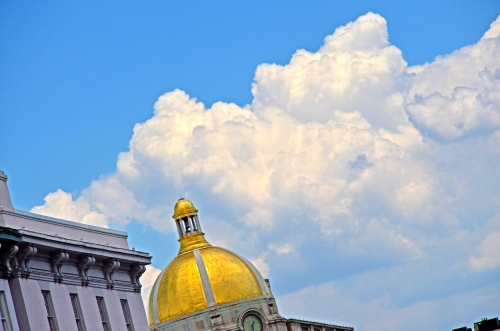 Smart Growth America released a moving report this week cataloging all the pedestrians deaths in America over the last ten years. The total number is a staggering 47,205. The thrust of the report is that these deaths are largely the result of roads designed to move cars without regard to pedestrian safety.

The sad vagaries of each case demonstrate that no single cause can be blamed. Most of us remember the sad death of Joe Pozell, the reserve officer (and Oak Hill Cemetery caretaker) who was killed while directing traffic at M and Wisconsin in 2005. Some may also remember the ten year old boy killed at 33rd and Wisconsin while he ran across the street in 2010. Also among the dead was a man killed by a hit and run driver on the Key Bridge in 2011, and another man killed at M and Wisconsin in 2010.

The only death that was attributed to driver error was that Key Bridge incident. Each of the others was blamed on the pedestrian. And as far as legal liability goes, that’s fine. But, as the New York Times recently wrote, quoting an official with Sweden’s Transport Administration “You should be able to make mistakes without being punished by death.”

We cannot prevent all auto crashes, whether they be car-on-car or car-on-pedestrian. But while we have invested decades of time and billions of dollars into making the people inside cars safer in crashes, we’ve done little for those outside the cars. And the simplest measure is simply this: slow down. Small changes to car speed make dramatic differences in the likelihood that a hit pedestrian will survive.

If we don’t want to accept dead pedestrians, we need to design our laws, and our roads, with the goal of having moving traffic actually stay 25 mph or below. It’s either that or shrug about the dead ten year old who made a mistake and was punished with death.

One response to “Four Pedestrians Killed in Georgetown since 2003”