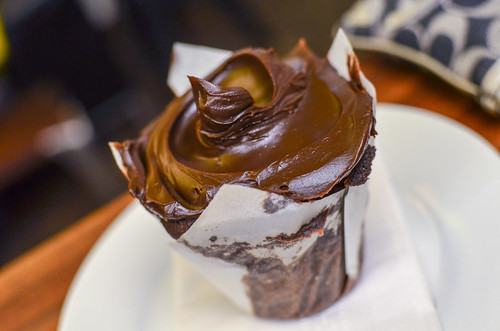 Washington City Paper released its annual Best Of issue this week. And for only the second time since the category was created, Baked and Wired has dethroned Georgetown Cupcake in the reader’s poll for the city’s best cupcake.

The Citypaper only started polling reader’s on their favorite cupcake shops in 2009, when the trend first started to explode in DC. Georgetown Cupcake-barely a year old, still at its humble Potomac St. location, and not yet the subject of a t.v. show-took the crown. Coming in second and third was Red Velvet and Cakelove, respectively.

In 2010, Georgetown Cupcake held on to the crown, and Baked and Wired made its first appearance on the list at second place.

This is all despite the fact that long ago, Washingtonians apparently abandoned Georgetown Cupcake to the tourists and frequently comment that Baked & Wired is the proper “locals'” choice. (And hey, don’t take GM’s word for that, it says so right on Baked and Wired’s wikipedia page.)

Of course the reality is that Baked and Wired has become such the “insiders'” choice that it’s typically as crowded as Georgetown Cupcake. And that’s great! Tony and his crew run a great shop and have earned their popular reputation by dint of years of producing quality foods without the flicker of a video camera following it around.

One response to “Baked and Wired Dethrones Georgetown Cupcake”