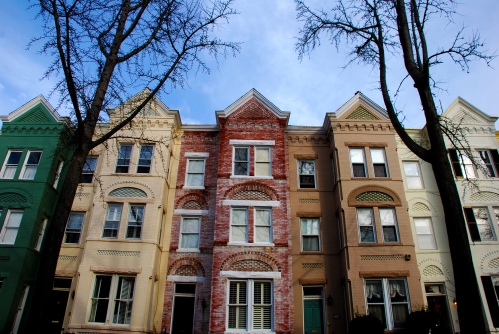 Every year GM takes a look at the newly release data from the Census Bureau’s American Community Survey for Georgetown. It paints a picture of all the demographic information down to some rather interesting specifics. So off to it:

(First a quick disclaimer: This information is based upon sampling. Some categories have really high margins of error due to the fact that the sampling is of such a small population. Also, this data is an average for each category from 2009 – 2013. Also, GM only looks at Census tracts 1 and 1.02, which are east and west Georgetown respectively. He does not include Census tract 1.01, which is Georgetown University.)

There are 4,774 households in Georgetown. That includes every housing unit, whether a free standing home or a condo unit. Of those, 4,188 are occupied, meaning 586 units are vacant. Of the occupied units, 2,443 are owner-occupied and 1,745 are renter-occupied.

Not surprisingly, 71.5% of homes in east Georgetown were built prior to 1939. But it’s a bit surprising that only 59.4% of units in the West Village were built before 1939. It sure feels like both sides of Wisconsin Ave. are of similar vintages, but the numbers suggest a higher proportion of “newer” homes on the west side.

Finally, 16% of Georgetown residents are foreign-born, which is a lot lower than GM would’ve thought.

Check back tomorrow for some more interesting data…