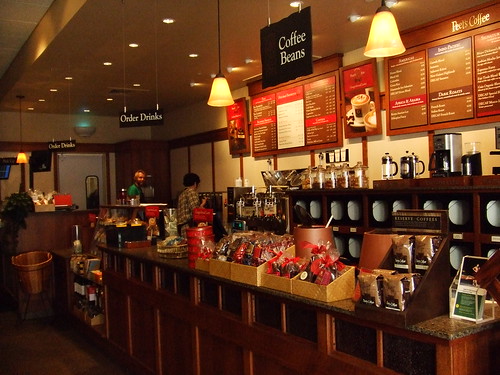 GM has learned that the long vacant space on the northeast corner of 33rd and M is going to be soon occupied by a Peet’s Coffee shop.

This space previously housed Grill Kabob, which closed several years ago. GM once wondered how this space is vacant, seeing as whoever moves in there is guaranteed a steady stream of people stuck staring in from the Georgetown Cupcake line across the street. A year and a half ago, GM thought he got his answer when he learned that a women’s clothing store named Sandro was going to move it.

But that obviously fell through.

GM is neither thrilled nor bummed at this news. It’s not like there’s a big need for more coffee stores, what with Dean and Deluca across the street and Dog Tag Bakery now a few blocks away. And that’s not to mention all the other coffee shops dotted around (including three Starbucks). But they do make a good cup of coffee and have a strong focus on quality. So it could be a lot worse.

Anyway, welcome to the neighborhood Peet’s.