What the Zoning Changes Mean for Georgetown 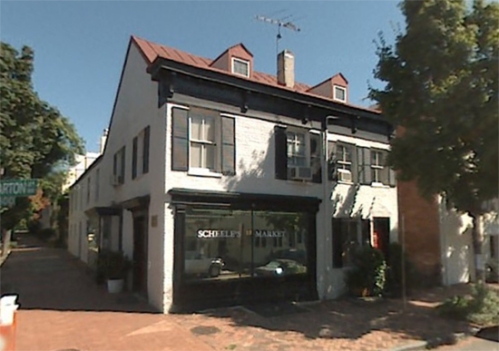 After almost a decade of debate, the DC Zoning Commission last month approved a raft of changes to the zoning code. This wide ranging action took a code that had been originally written in the 1950s squarely up to date. For Georgetown there are two key changes that could have the most impact: corner stores and accessory dwellings. GM has looked into this issue many times before and here’s his write-up on the two changes:

Corner stores like Scheele’s and Sara’s are a critical part of the appeal of living in Georgetown. But the thing is, they only exist where they are due to grandfathering. The previous zoning code would consider them illegal if they hadn’t existed for as long as they have. And consequently, under the old regulations if any of them closed, unless a new store were opened there shortly after, the grandfathering would expire and no new store would be allowed.

This potentially had real consequences. When the future of Scheele’s was in doubt due to the Scheele family putting the building up for sale, it was never an option for the store to simply pick up and move across the street. The grandfathering wasn’t portable. So if a store lost its lease, it couldn’t simply move to another building unless that building was already zoned commercial. There are only a few small pockets in the side streets of Georgetown that are zoned commercial.

The new rules loosen the general prohibition on commercial activity in residential zones. You can now open a corner store in any property literally on a corner. Some conditions apply, but the main one is that there cannot be more than three other corner stores within 500 feet and it cannot be within 750 feet of M and Wisconsin.

That last condition is a little odd, but the idea is that corner stores are supposed to be neighborhood serving and not simply be an extension of the existing commercial areas.

Admittedly, these rules do not allow for many new stores popping up in the side streets of Georgetown. But the idea isn’t necessarily to add more corner stores (the demand probably couldn’t support it anyway) as it is to make it easier for new stores to open should the existing ones ever close.

Right now throughout Georgetown there are scores of “English Basement” apartments, and the like. They provide extra income for the homeowners and provide more affordable housing for the tenants.

But most of them are illegal.

Prior to the changes, in Georgetown, the only way to have a legal basement apartment is to have had the apartment continuously since the 50s. Few qualify. Technically you could get a variance to get an apartment approved, but variances are nearly impossible to obtain. So most don’t bother and just rent out illegally.

This is bad for several reasons. Most of all it means tenants living in apartments that have not necessarily been brought up to code. They could be living in death traps.

The new rules provide that in Georgetown, you can have an accessory apartment in your house (or in a separate structure on your property) without having to get a variance. By providing an avenue for landlords to come in to compliance and still keep the apartment, the new rules will hopefully result in more apartments being inspected and improved.

There are some conditions to obtaining the approval. The most important one from Georgetown’s perspective is that the homeowner needs to live in the house. This is designed to prevent houses from getting turned into mini apartment buildings, which some fear would bring unwanted noise and disruption. The idea is that a homeowner living in the house will not tolerate a noisy tenant, so the neighbors won’t have to tolerate it either.

The second condition is that the homeowners must apply for a special exception, which is far easier to obtain than a variance. In short, to get a variance you need to demonstrate that you have some unique condition or situation that would make it an incredible burden to comply with the existing regulations. For a special exception, the burden is shifted to the people objecting to your proposal, who must demonstrate that the change would create an undue burden on them.

There are other changes related to set-backs etc., but these two elements have the most potential to essentially legalize two phenomena that are quintessentially Georgetown.

3 responses to “What the Zoning Changes Mean for Georgetown”