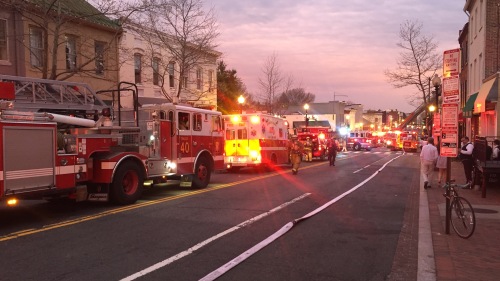 Last night GM was eating take out pizza with his daughter when around 7:30 a constant stream of fire engine sirens got him curious enough to investigate. He quickly found about seven fire trucks and a few ambulances tending to a smoking fire at 1510 Wisconsin Ave.

When GM arrived there was still smoke coming out a hole in the roof of the building. Soon firefighters worked their way inside and helped put down whatever was smoldering. They smashed the glass windows on the second floor in the process.

While the fire did not appear to be major, Luigi Parasmo next door was filled with smoke (and you could smell the smoke from the blocks around).

All in all, while there will certainly be damage to repair, it does not appear that anyone was harmed.

And it might seem a little grim, but GM just loved the way the whole community came out to watch. There were several dozens of onlookers, and the firefighters were not restricting the gawking at all. GM saw lots of neighbors eating up T. Sweets ice cream and taking in the show.

Although GM’s favorite site was this couple in Bonaparte undisturbed by the tumult outside: 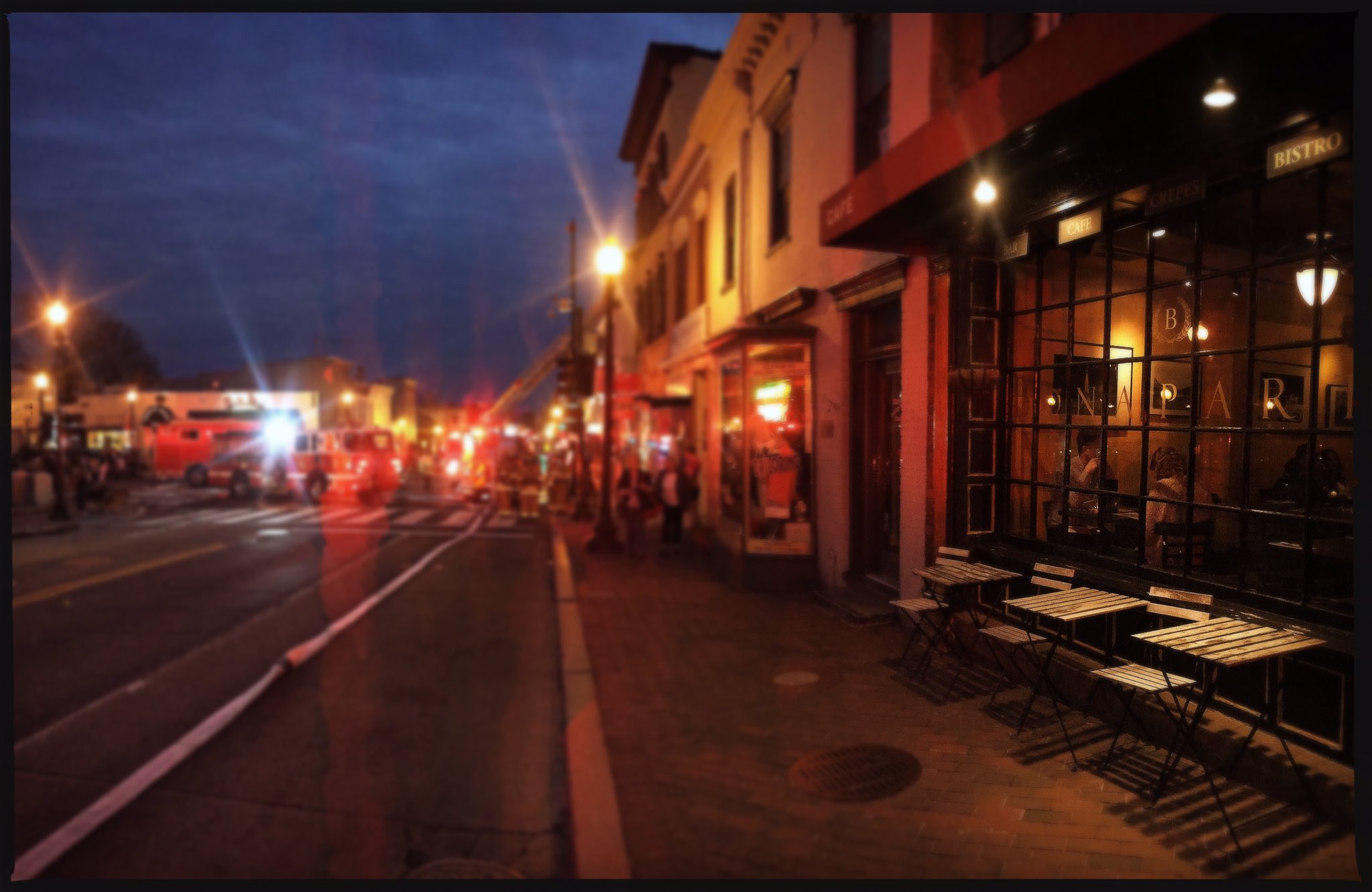 By morning the windows and door were boarded up: