This week for Know Your Trees, GM will visit one of the most beloved, and most endangered, American street tree: the Elm.

American elm trees were the grand dame of street trees in American throughout the first half of the 20th century. They grow relatively fast, and due to their vase-like shape, when they are planted in rows they create a natural cathedral of tree branches.

There’s an old legend that American elms were once so prevalent that Elm St. is the most common street name in America. It’s not. (It’s the 15th most popular street name). But they were awfully common street trees, but that came to an end with the arrival of the aggressive Dutch Elms Disease in the 1960s. Once beautiful rows of elms were reduced to stumps in a matter of years.

But not all collections of American elms fell to the axe. Central Park in New York City has many paths lined with them:

The National Mall also has many elm-lined paths. And here in Georgetown, Q St. from Dumbarton Bridge to 32nd st. has dozens of elms. Keeping these trees healthy requires expensive injections to fight of the still-rampant disease. And even then, the trees still die. Several around Q and 30th have died in recent years (but thankfully not the one right on the northwest corner, seen in the top photo above, which is one of GM’s favorite trees in Georgetown).

Luckily for future generations, some cultivars of American elms have been developed that appear resistant to Dutch Elms Disease. One of those cultivars is called Princeton elms, after the mother specimen found in Princeton, NJ. These trees now famously line the 1600 block of Pennsylvania Ave. outside the White House. They’ve been there about twelve years and continue to appear healthy.

So how do you identify an American elm?

The best way is to look for their overall shape. Mature elms are easier to identify because their shape becomes quite distinctive. They have these upward sweeping boughs which form a vase shape like this:

The branches of a mature American elm are quite massive and point off in almost unbelievable angles. The specimen at the northwest corner of Q and 31st is a good example of that. Some branches shoot of sideways from the main branch that are practically as thick as mature trees.

Younger elms are not quite as distinctive, yet they still feature that same upward arching form: 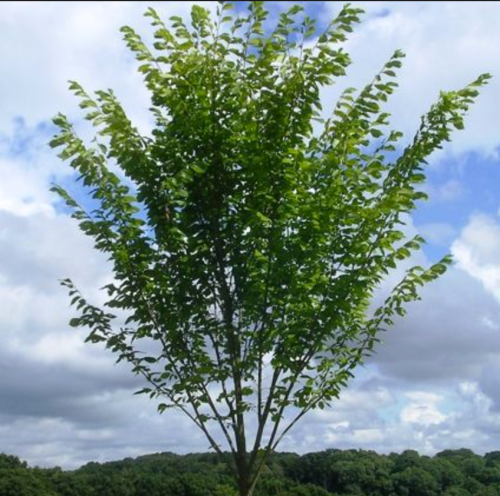 The leaves form on these branches in rows and are oval shaped, like this:

It’s easy to mistake young American elms for a similar looking tree named Zelkova. Zelkova’s are actually in the elm family. And there are a smattering of them around Georgetown. They can be distinguished from American elms by the fact that they don’t get as large and their leaves are narrower: 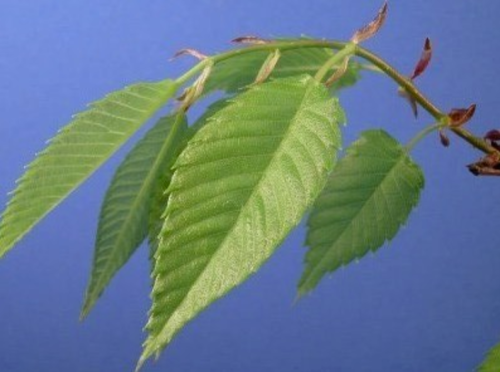 They tend to have a dense grouping of branches, like this Zelkova on O St.:

There’s one other type of elm you’ll find a lot around Georgetown, the Chinese Elm.

But what gives them away is their bark, which is mottled, a bit like sycamores, but with a more reddish hue (they are much skinnier than sycamores, which should help you tell them apart): 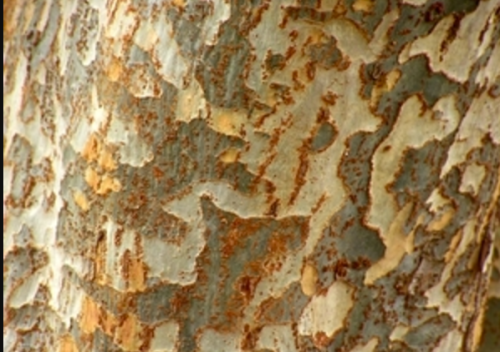 A lot of Chinese elms have gone up around Georgetown recently. They seem to grow fairly fast and quickly provide a nice amount of shade. You can see how they’ve done that outside Wingo’s on O St. A nice large tree came down there several years ago. The elms were planted and have already recreated much of the same shade the older trees once did.

2 responses to “Know Your Trees: Elms”