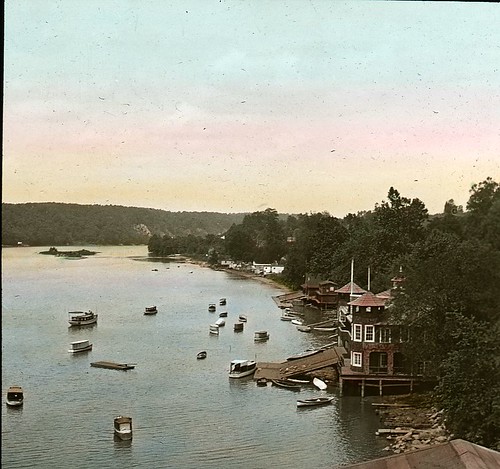 This week on Georgetown Time Machine, GM is featuring a photo from the DC public library archives. It is an undated shot looking upriver from the Aqueduct bridge towards a series of boathouses.

As you may know, the Aqueduct Bridge stood approximately where the Key Bridge is now. Here it is when it was still standing after the construction of the Key Bridge: 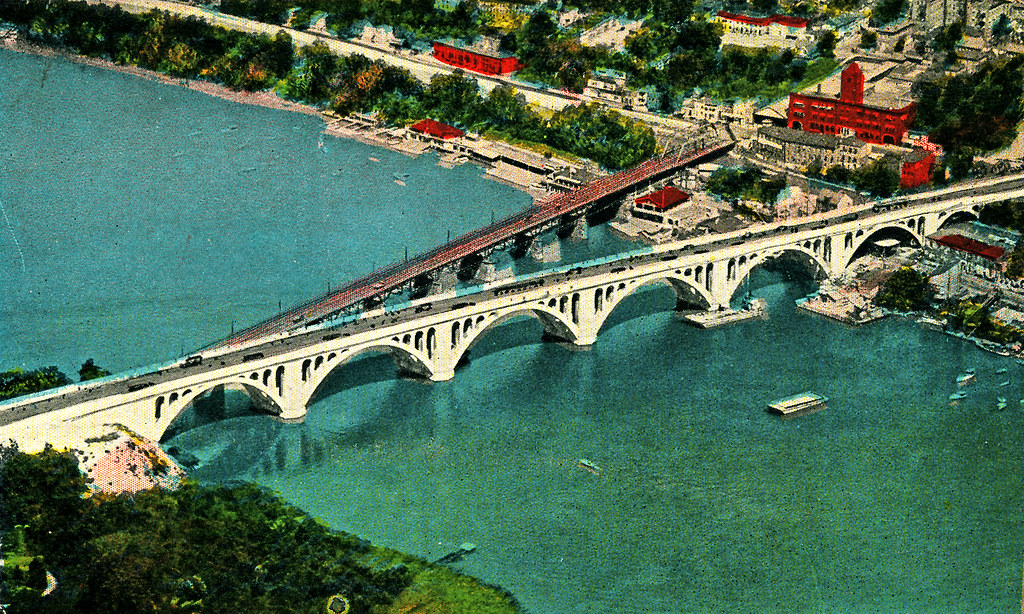 In the main photo for today, the camera looks down at the row of boathouses that once lined the Potomac shore. The most prominent one is the Washington Canoe Club. This still existent club was founded in 1904 during a period when canoeing was increasingly popular. The beautiful Victorian structure that the club built also still stands, although it’s in rough shape and has been partially condemned for years.

Closer to the bottom of the photo you can see the peak of another boathouse. GM believes this is the former Dempsey’s Boathouse that burned down in 1961. But even beyond that, there appears to be at least two more boathouses upriver from the Washington Canoe Club. Also, the Potomac Boat Club was also around (although behind the camera).

It goes to show how much more boating activity used to take place along the river, even in an era when freight trains rumbled by and factories churned out flour and rendered fat. Hopefully NPS will finally move ahead with construction of some more boathouses soon!