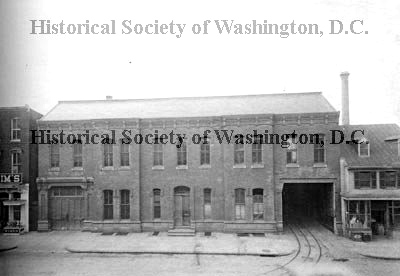 This week on Georgetown Time Machine, GM is returning to the fantastic archive of the Historical Society of Washington, DC. The photo is of the old streetcar barn that once stood where the Georgetown Park mall is.

You may not realize it, but just about the entirety of the mall footprint was once a giant streetcar storage facility. You can see from this map near the turn of the 20th Century: 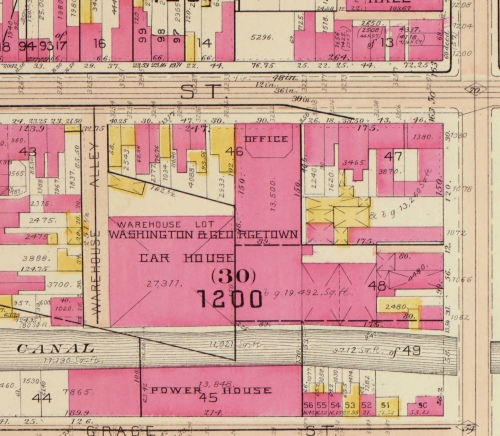 You can see how this facade looks today:

It’s really not that different now. The cornice and the second floor windows look the same. And the Anthropologie building next door is hardly changed.

Streetcars stopped running in DC in 1962. And this building sat mostly unused until Herb Miller’s Western Development bought it and built it into the mall in the earlier 80s. Western ran into serious financial difficulties and the properties was put on the auction block in 2010. Vornado was the highest bidder, and they gutted the mall and converted in into an entirely street-facing complex. It’s now owned by Jamestown.