Tough Stretch for a Block 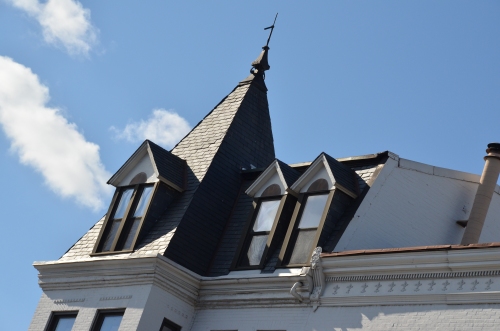 It’s been a rough couple weeks for the 1200 block of Wisconsin Ave. Over that time three stores have either closed or announced closures: Massimo Dutti, Ecco and Papyrus.

Massimo Dutti is already gone. It’s unclear why this particular location closed, but the parent company of the store has been closing stores all over as part of a shift towards e-commerce. In fact, that parent, Inditex, also owns Zara, which has already abandoned this block. (GM only wonders what happened to that horse mannequin they had at Massimo Dutti. And is GM wrong that that horse was there when it was an American Eagle store? Does the lease mandate the horse? Wait, is the horse the landlord?!)

Ecco has also already closed. That closure doesn’t seem to be part of any company-wide strategy. Maybe it just wasn’t doing that well.

Papyrus hasn’t closed yet (at least as of this weekend) but signs announce its imminent closure. It’s a loss to lose a non-clothing shop like that, but there’s always Just Paper and Tea on P St. and even CVS’s cards have gotten a lot better in recent years.

This will all add to the alarming number of Wisconsin Ave. vacancies. However, one bright spot is that the promising Foxtrot Market will be opening on this stretch probably by summer.

One response to “Tough Stretch for a Block”