Now More Than Ever: Streets Should be For People Not Cars 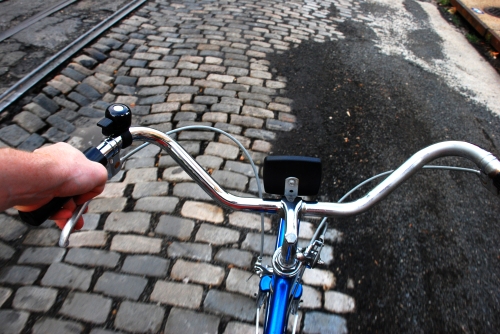 DC is missing the boat. Big time. During a time when COVID-19 demands social distancing, and cities around the world are rapidly shutting down streets to automobile traffic to provide space to distance, DC is doing next to nothing. It must finally break with its pro-car bias and act now to take back the streetspace from cars and give it back to people.

Look at the other cities that are doing just that. New York is opening up 40 miles of streets to pedestrians and cyclists. Oakland’s opening 74 miles. Barcelona is opening 44 streets. Bogota, Colombia opened 47 miles of new bike lanes. Hell, even Baltimore is getting into the game ahead of DC.

All that DC is done is to take the weekend Beach Drive closures and made them full time. That’s it. This closure is fine, as far as things go, but it’s chopped up and is not remotely targeted at crowded streets that could use the space.

Take a trip downtown in the middle of the day sometime. It is still a ghost town. We don’t need to maintain the same street capacity we supposedly needed before the crisis. Where we can’t shut down a street to car traffic entirely, we need to reclaim several lanes for pedestrian and bike use only.

Some members of the DC Council, seeing the dawdling that is emblematic of the mayor’s handling of transportation matters, proposed to pass a bill requiring action. The bill was really quite weak and would only give residents a path to request that DDOT transfer some road space to pedestrian use, with plenty of veto points built in. This was still too aggressive for the mayor, who too often continues to govern like a glorified ANC commissioner. She convinced the Council chair to shelve the bill. There’s still a chance that the city will come up with some plan, but the mayor has made it clear that she fears inconveniencing drivers way more than she ought to, so the ultimate plan will likely be weak sauce.

But what would an ambitious open streets plan look for Georgetown? GM has a few ideas.

For one, M St. should not have six goddam lanes of asphalt for cars. It should have no parking, with a new protected bike lane, and whatever’s left used for buses and cars. In normal times, a proposal like that would take approximately 25 years, with a million opportunities for anyone under the sun to veto it because they think whatever commute times existed when they first bought their home in Fairfax in 1998 must be maintained indefinitely. These are not normal times, and if we only had a mayor who actually cared we could have it next week.

With such a large reduction in automobile traffic, we should take the opportunity to shut side streets to through traffic. A huge amount a car traffic still is coming down streets like 33rd or 34th that simply has no need to be there. It’s a large number of people who ought to just stay on Wisconsin Ave. We should put up signs tomorrow saying “local traffic only”.

This should be done all over Georgetown.

The virus is forcing us to rethink just about everything in our daily lives. Work. Schools. Shopping. You name it. And transportation has to be part of that. These changes are needed for the duration of the crisis, but they should also help us question why we need to go back to the old ways once this finally passes. There was very little comprehensive thought or planning that went into our road system. Basically it was ever increasing sacrifices made for the benefit of drivers, and mostly drivers who don’t live here. Let this crisis reset the dialog.

But that is a fight for another day, really. For now, we need a mayor to finally shed her fear of hearing complaints from a few angry out-of-state drivers. We need to tear up the playbook of endless meetings and delay. Lives have always depended on it, but maybe the lives we’re losing now will finally drive action.

3 responses to “Now More Than Ever: Streets Should be For People Not Cars”