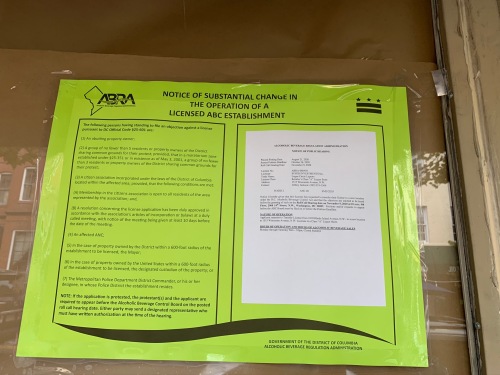 A new liquor store is coming to 1515 Wisconsin Ave., the former site of the John Rosselli antiques shop.

The store posted notice of the liquor license transfer in mid-August. The application indicates that this is not really a brand new liquor store but rather a liquor store that’s moving locations. The store, Logan Circle Liquors, used to be located at 1018 Rhode Island Ave. NW. It shut down last year.

It’s unclear to GM that there’s a market for a new liquor store in Georgetown. The store’s prior location was not really an upscale spot; it cashed checks, for instance. So it’s unlikely to compete with places like Bacchus Wine Cellar or Hop Cask and Barrel. It will probably be more in line with Towne Wine and Liquor at Wisconsin and Dumbarton, a couple blocks south of the new spot.

But then again, 2020 has driven a lot of people to drink more, so who knows? Maybe they’ll do splendidly.

One response to “Liquor Store Coming to Former Antiques Shop”