Rosslyn Hotel to Leave With a Bang This Sunday 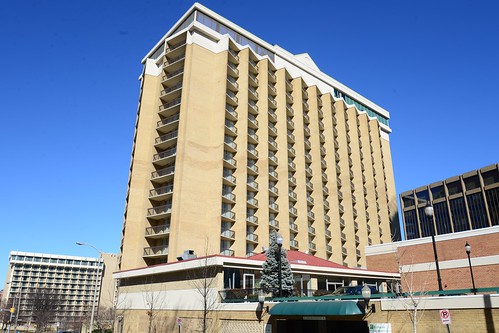 Early risers will be treated to quite a show this Sunday morning as the Rosslyn Holiday Inn comes tumbling down.

The demolition will be accomplished not by boring cranes or wrecking balls but with friggin’ dynamite. ARLNow reports:

The 18-story hotel tower at 1900 N. Fort Myer Drive is set to come down at 8 a.m. Sunday “as safety, crowd control and weather conditions permit,” an advisory obtained by ARLnow says…“The implosion… should last about 20 seconds. Avoid any windows facing the Holiday Inn or being in front of windows at time of implosion,” the advisory says. “Dust may drift outside and downward of the Exclusion Zone, depending on weather conditions. Please stay indoors during the demolition and afterwards until the dust has settled.”

It’s an extremely rock’n’roll ending to an extremely boring building. The hotel was built in 1972, and looks the part. It will eventually be replaced by a mixed use project that looks like this: 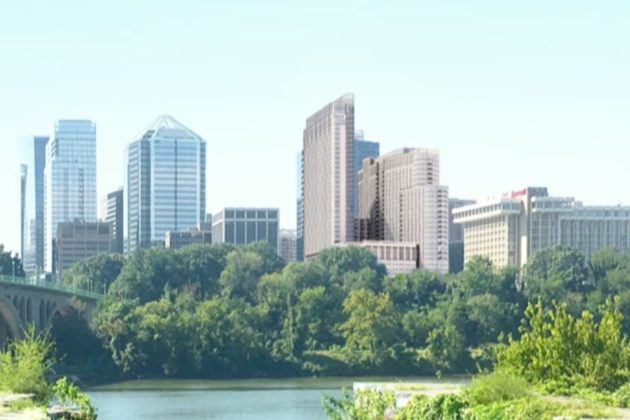 Now, don’t get this mixed up with the Rosslyn Marriott, which is also extremely bland and not long for this world (at least in its current form). Much like the Holiday Inn, that too will be replaced by SimCity 2020s clip art: 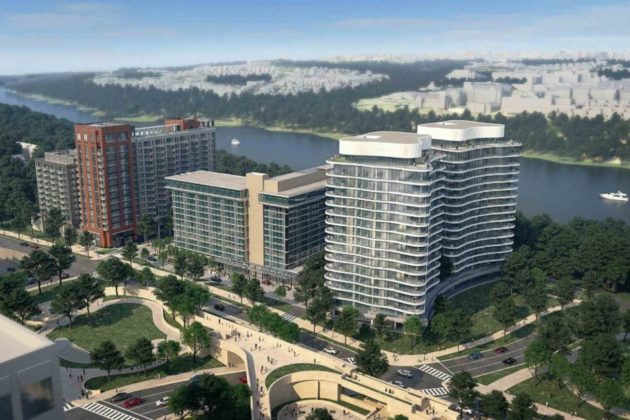 So make sure to wake up early on Sunday and head down to the waterfront for a great show.