Why Strava Gives You Odd Names

If you like to track your exercise regime with the popular app Strava, you may have noticed from time to time that it gives your workouts some odd suggested names. For example, above is from a row that GM did a few months ago. (For those who don’t use the app, it basically uses sensors in your phone or other devices to track your workout, including where you went, how fast, etc. When you save each workout, it suggests a name for the workout, which is where the workout took place.) It suggested that GM’s row workout be called “Potomac Boat Club Building – Hamburgh”.

The first part makes sense. That’s were GM left from (and returned). But where the heck is Hamburgh?

Well it’s a former town founded by German immigrants in the 18th century. It was where Foggy Bottom is now (here’s a cool map from the Library of Congress showing the original town in red superimposed over the Washington street grid that eventually replaced it: 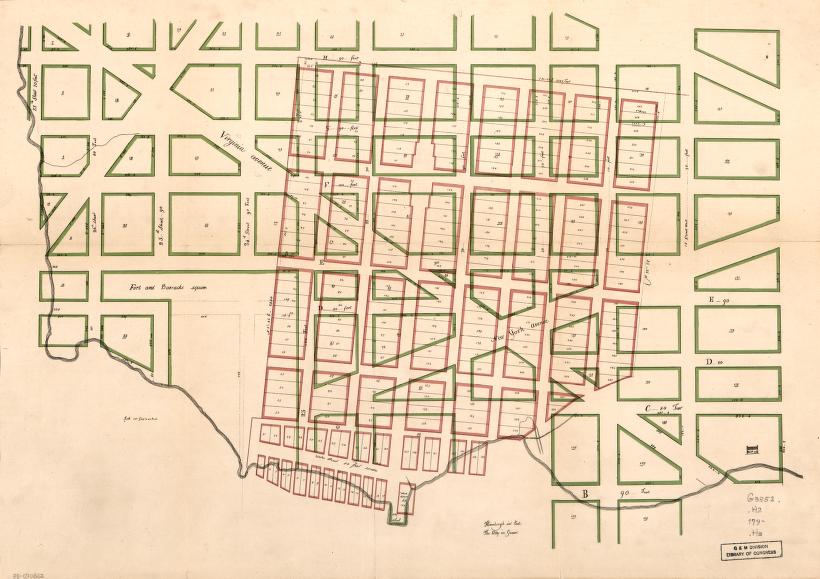 But why in the world would an app in the 21st century suggest you use a name of a long gone town of German immigrants?

It’s because Strava gets its map data from Open Street Map, which includes data from the Geonames.org database. And this database contains these archaic locations. For instance, here’s the entry on Hamburgh, DC. It is located in the the database as being at roughly centered around the volleyball courts near the Lincoln Memorial (you can see from the map above that the actual Hamburgh was located where Virginia and New York Ave. would intersect, if they actually intersected).

What are some other bizarre entries that might pop up when you use Strava around Georgetown? Well, when GM bikes from home, it typically records his start as being at the Market Street Chapel. That is, of course, the former Presbyterian Church on 33rd St. that was converted to a residence in the 1920s which happens to be across the street from GM’s house.

It’s a fun bit of history that has slipped into a modern day technology by way of open sourced data. Of course you can always change the name of your workout to something like “Woo hoo Saturday Morning Run” or whatever, but GM likes to keep the old names.