Guess Who’s One Year Old?: The Third Most Popular Post

This week, in celebration of turning one year old, the Georgetown Metropolitan is looking back at the five most popular posts from its first year. Today we head back to February 3rd for The Approved Apple Designs. This was a post from the middle of the Apple Store saga. As you can see below, it captured those few days between ANC approval of the fourth design put forward by Apple and the rejection by the Old Georgetown Board of the same.

The construction at 1229 Wisconsin Ave. should tell you that that wasn’t the end of the story for the Apple store. One month later Apple was back with a slightly modified design, and finally obtained approval from the Old Georgetown Board.

By the way, one online source says that Apple has posted for jobs for a May 2010 grand opening of the store…

While Vox Populi may have gotten the DCist link love it’s the Georgetown Metropolitan that has the actual approved most recently rejected* designs for the new Apple store at 1229 Wisconsin Ave. Check them out: 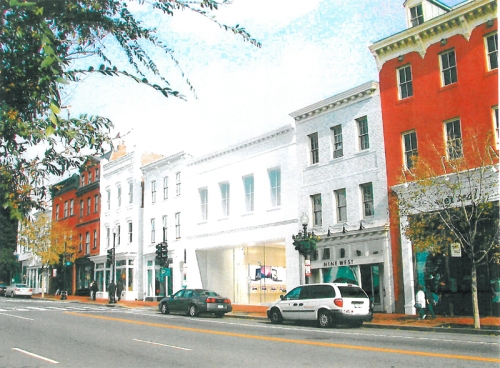 As described in GM’s ANC round up, the approved design fits in with the 19th century buildings around it. The roofline matches the building housing Nine West and is decorated by dentil mouldings, echoing its neighbors. Hopefully the actual structure won’t be the blinding white light that the designs make them out to be. 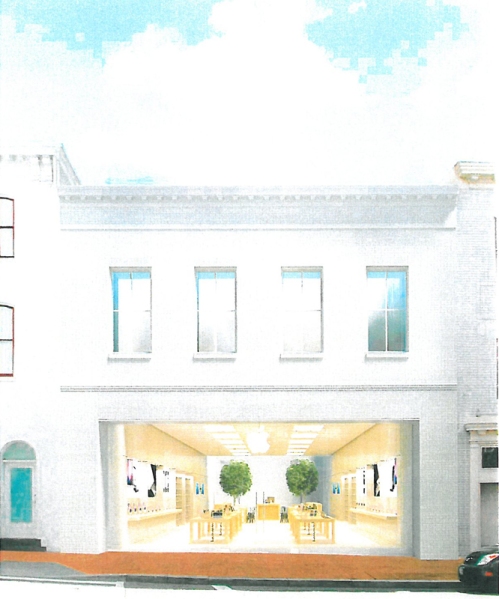 As seen above, there are two millwork courses running above and below the double hung windows. You can also see how the street level is a wall of glass. Hopefully this represents a good compromise between Georgetown’s desire for a historic district and Apple’s desire for shiny surfaces. 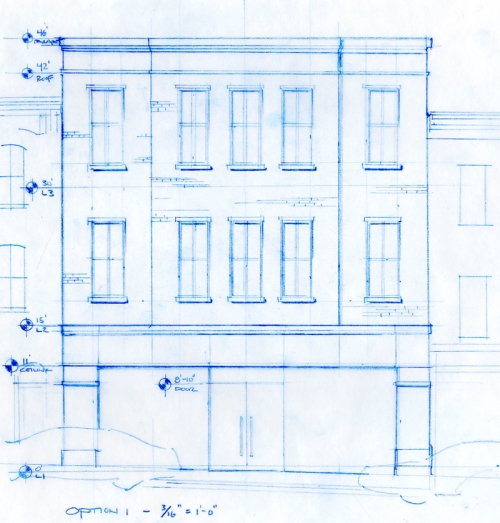 This isn’t the final design. Already Commissioner Birch was encouraging the architects to add a border to the bottom of the glass wall. Still, this is the design concept, so it probably won’t change that much.

The design will be heard before the Old Georgetown Board on Thursday where it will probably be approved. No timetable for construction has been set (they haven’t even knocked down the old building yet, so it probably shouldn’t be expected until early 2010 at the earliest).

*UPDATE: The Old Georgetown Board rejected the most recent designs. It’s back to the drawing board for Apple. Read GM’s post mortem here.