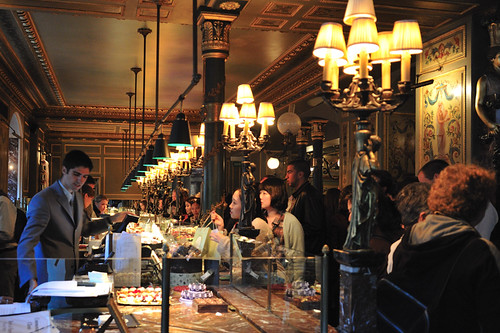 Last year, GM got a tip from a very reliable source that the fancy French pastry shop, Laduree, would be opening at 3060 M St. People got really excited about this idea, and while the company announced they were planning to come DC, they didn’t say where exactly. Not much seemed to happen at 3060 M St. for a long time, but a permit now in the window practically confirms that the store is coming.

The permit is for interior demolition and it has been issued to Bertrand De Soutrait at 124 Rue de Faubourg, Saint Honore in Paris. Monsieur De Soutrait just happens to be the name of the President of Bertwood Realty, which has announced that it’s been the agent on the opening of two new Laduree stores.

That’s not a confirmation, but it’s pretty close.