This week for Georgetown Time Machine, GM travels back to 1916, when the arrival of a new fangled car garage was considered noteworthy.

The garage, called the Potomac Garage, occupied a building at 3287 M St. Don’t bother looking it up on Google Maps, the building is long gone, replaced by the unfortunate commercial building on the northwest corner of M and Potomac St.

The location, however, provided for multiple means of ingress and egress, apparently:

(This was during that period around the turn of the 20th century when some of the streets that kept their old Georgetown names, like Prospect and Dumbarton, were called “avenues”).

1916 was still fairly early in our species disastrous experiment with cars (1.3 million killed by them around the world every year). There were just over 3 million automobiles registered across the U.S. in 1916, up from just 8,000 in 1900. By the middle of the 20th century, M St. would become lined with garages and gas stations. By the end of the century the footprint was dramatically reduced, with the exception of several scars, where surface parking lots remain where historic buildings once stood.

Whether or not the progressive spirit prevailed, it would appear that the Potomac Garage did not last long at this address. By the early 20’s, it moved a block down M St. Here is a photo from 1921 of the Potomac Garage, now at 3307 M St.: 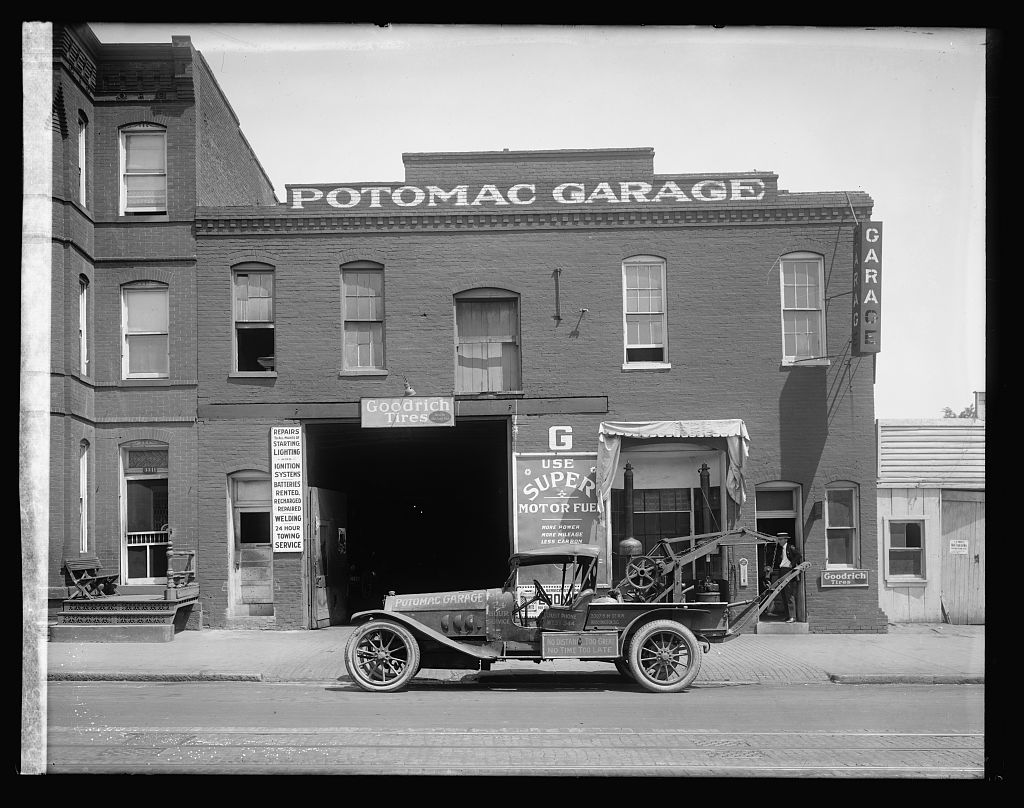 (Don’t go looking up Google Maps for this building either, it’s long gone as well…)

One response to “Georgetown Time Machine: Georgetown Gets a New Garage”