This week for Georgetown Time Machine, GM is visiting with an event he’s explored before: the burning of Dempsey’s boathouse.

Dempsey’s Boathouse was a gigantic boathouse that once stood between the aqueduct bridge and the Washington Canoe Club:

Dempsey’s was built in 1903, a year ahead of the construction of Washington Canoe Club and five years before the Potomac Boat Club built its current boathouse just on the other side of the aqueduct bridge.

Unlike those private clubs, however, Dempsey’s was open to all, renting boats to the public. 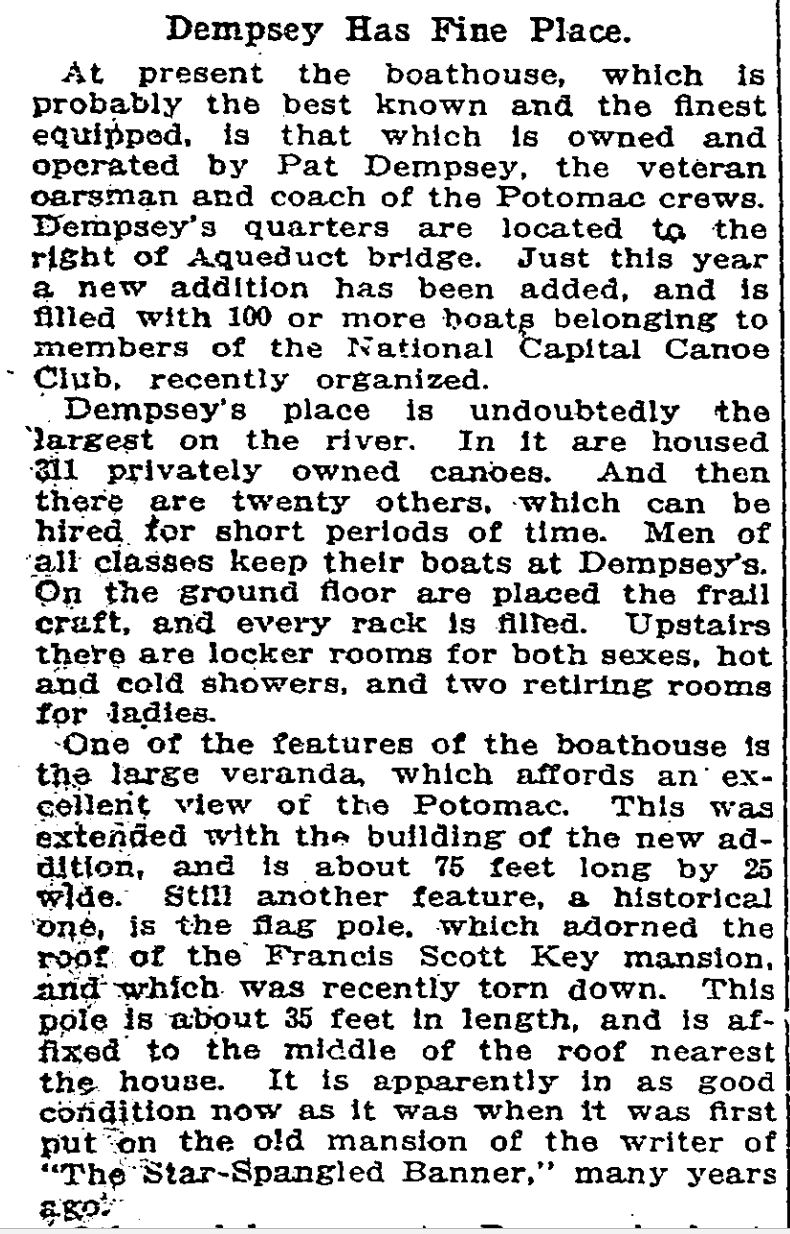 Dempsey’s eventually was abandoned after the construction of Thompson’s Boathouse in 1960. It was just months later when the empty boathouse went up in flames. 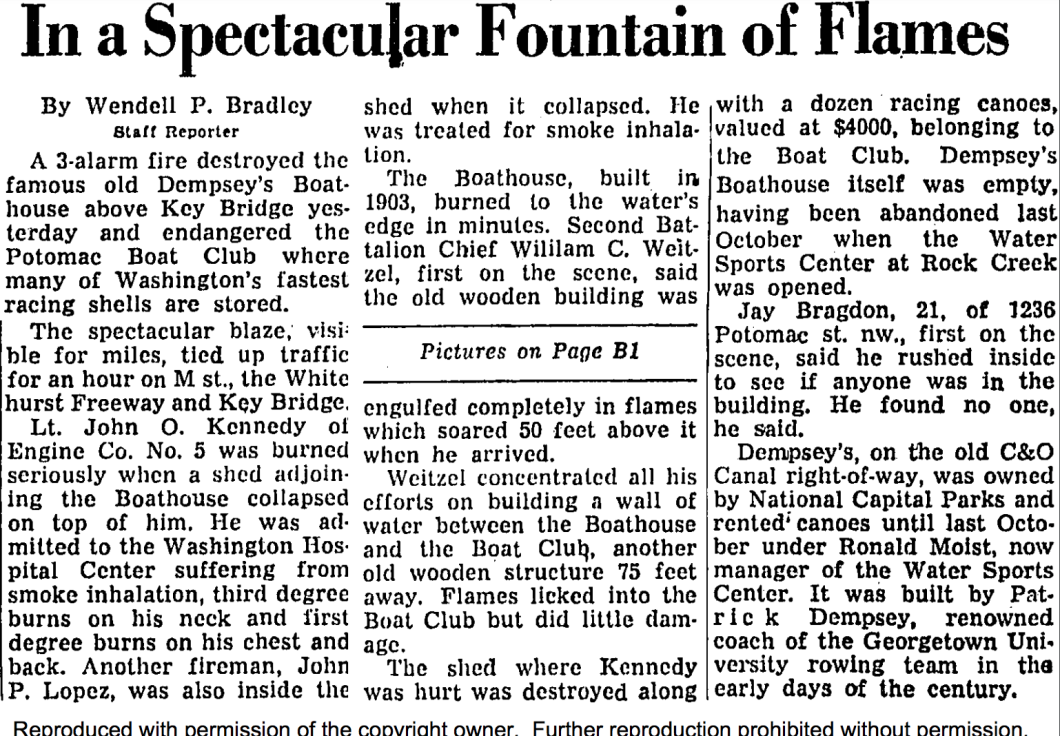 The photo at the top comes, which is much clearer than any photo of the fire GM has previously found, comes from the Potomac Boat Club’s collection of photos. This was a scary moment for the club, which was in danger of catching on fire as well. GM, a member, has heard stories from old timers about how some members raced down to the building and started to spray it with water to save it. It worked, and the building remains standing.

One response to “Georgetown Time Machine: the Burning of Dempsey’s Boathouse”