Where the Streets Had Old Names

Many readers are aware that most streets in Georgetown used to have names different from their current ones. In fact, GM has long wished the city would erect some mementoes to the old names on the streetposts themselves. But one thing GM has only recently began to wonder is this: where did those names come from?

A bit of history first.

Georgetown was established as a new town in 1751 in the colony of Maryland. Upon being established, the first streets and building lots were laid out. This is the first map of Georgetown (actually, it appears to be a 19th century recreation of the original map):

There were only a handful of street names:

After a series of land additions through the second half of the 18th century, the streets of Georgetown took the form that they largely still have:

This 1814 map shows a complete street grid for the neighborhood, and contains the street names that would stick around until the street renaming in  1879. (The names were changed to help incorporate Georgetown with the rest of the District of Columbia, although, to be honest, geography continued to make that incorporation pretty attenuated.)

Some of the streets didn’t quite line up with the Washington street naming convention, and so the old names remained. That’s why we still have Dumbarton, Olive and Prospect, for example. But most were changed.

This is a story that GM has been familiar with for quite some time. But it was only recently that he began to wonder, “but wait, why were the old streets named the way they were?”

Some appear, at least at first, to be fairly self-evident. Bridge St. was literally the street that led to a bridge over Rock Creek. And Market St. led to the Georgetown Market (which was near the current Georgetown market building, i.e. the former Dean and Deluca). END_OF_DOCUMENT_TOKEN_TO_BE_REPLACED 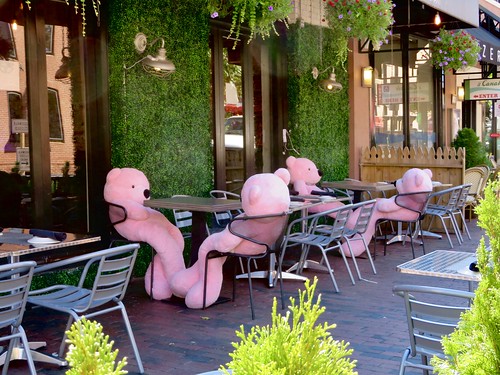 Every year around now, GM re-runs an article reminding people that Dumbarton Oaks in the fall is nearly as spectacular as it is in the spring. But this year we can’t enjoy it in person, whether we’re reminded to or not.

So GM will have to merely offer you this virtual visit. May it bring you some peace:

Dumbarton Oaks is well known for its spring displays of incredible seasonal bounties. But people often overlook how spectacular the acres of gardens are in the fall. Hurry up and catch it now before it’s gone.

But here’s just a taste. The wildflowers of the Herbaceous Border are breathtaking:

The rest of the garden is at that magical moment when the gardeners loosen their grips and the plants give off one more explosion before the winter:

END_OF_DOCUMENT_TOKEN_TO_BE_REPLACED 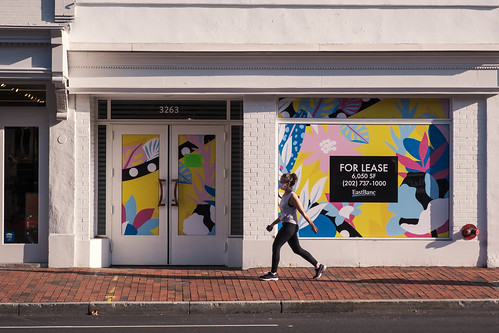 Just a reminder: I’m running for ANC for northwest Georgetown. If you live in that area, I hope you decide to vote for me! If you don’t live there, but know people that do, I would be grateful if you could let them know about my candidacy and encourage them to vote for me. Thank you!

This week on Georgetown Time Machine, GM visits an oddity that once plied the waters of the Potomac: Georgetown University’s floating boathouse.

The photo, taken from the front page of the Evening Star from March 11, 1906, came to GM’s attention by way of a wonderful new research tool. It’s an image search tool now available for newspapers in the Library on Congress’s archive. You can plug in a subject, and the tool will identify photos containing that subject from hundreds of newspapers from 1900 to 1963. END_OF_DOCUMENT_TOKEN_TO_BE_REPLACED 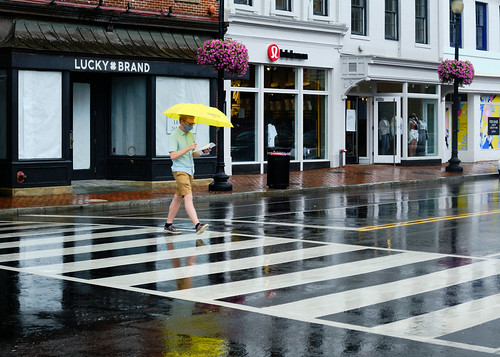 The election is right around the corner, and I’ve been getting my campaign signs ready. They’ve now arrived and I’m starting to set them up around SMD02 (like at Volta Park above). I hope you like them!

And if you are in the area and would like to put one in front of your house, please let me know and I’ll drop one by!

And as always, more information on my campaign is available at mathewsforanc.com or you can email me directly at mathewsforanc@gmail.com with any questions or comments you’ve got!