ANC Round Up: Good PR Edition

Once more unto the triathabreach!

Last night the ANC met for its first session for the futuristically sounding year 2011. And pretty much right at the top of the agenda was a resumption of the dispute over triathlons in Georgetown.

For those of you who missed it last month, the ANC demanded to know how much the for-profit enterprise that runs the DC Triathlon (and the Nations Triathlon) donates to charity. In particular they wanted to know roughly what percentage of the event’s revenues went to charity. The owner of the company, Charles Brodsky, refused to answer the question, so the ANC told him to come back when he could.

Skip to last night. Representatives of the triathlon, Molly Quinn and Jill Hansen (Brodsky wasn’t there), talked up the merits of the organization that benefits from the charity (which they also run) called Achieve Kids Tri. As part of the presentation, Quinn asked a little girl named Eliza Bowling to come up and give a speech about her experiences with Achieve and how it helped her fight her own childhood obesity.

It was a move of brilliant audience misdirection. Why? Because Bowling had the crowd in her hand talking about how she has already run several triathlons and dropped her BMI significantly. She was great and GM congratulates her on her achievements and her skillful public speaking. But it was almost completely irrelevant. Nobody doubted the merit of the recipient of the charity. That wasn’t the question. The question was whether that recipient was getting enough of the money flowing through the event to justify turning over a public good to a private enterprise. END_OF_DOCUMENT_TOKEN_TO_BE_REPLACED 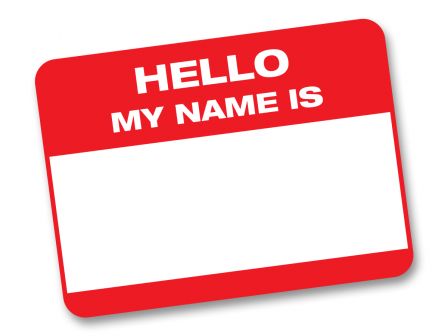 Next Monday, the ANC will meet for the first time in 2011. This will be the first meeting for the two new members of the ANC: Jake Sticka and Jeff Jones. They’ll get to jump right into since this is decently meaty and potentially dramatic meeting.

You may recall that last month things got pretty awkward at the meeting with the ANC challenged the owner of the DC Triathlon, Charles Brodsky, to disclose just how charitable his triathlons are. He refused to even give a rough estimate. The ANC was dubious and told him to come back next month (i.e. now) with some more meat on the bone in terms of just how charitable the race is (the reason the charitable level is even an issue is that the ANC is trying to make it a standard by which they will approve or oppose special events that shut down Georgetown streets).

Adding to the tension is the fact that Brodsky is on the ABC board. The fact he stuck around after the discussion of his event to hear ABC matters discussed drew even more controversy.

So according to the agenda, the DC Triathlon will be discussed (GM’s not sure why the other triathlon run by Brodsky, the Nation’s Triathlon, is not on the agenda). Will the ANC grill Brodsky again? Will he come prepared to actually answer questions that he really ought to be able to answer? We’ll see. END_OF_DOCUMENT_TOKEN_TO_BE_REPLACED

ANC Round Up: Awkward Edition

Last night the ANC met for its final 2010 session, and one theme dominated the meeting: awkward. As in “awwwk-waard”. On multiple occasions last night, GM winced at the social discomfort on display. But that’s what made it such a great meeting!

Early on in the meeting, the commission turned to the question of special events. There has been a growing perception among the commissioners that the number of special events in Georgetown that require street closings has been on the rise. To combat that, the ANC is working to develop certain guiding principles as to whether to approve an event or not. The two main principles are whether the event is mainly charitable in nature and what benefits it has to Georgetown. GM probed a little on the second prong, since it sounded to him a little like extortion, but really what that principle entails is more of a qualitative look at how cooperative the group has been and how much they have done to minimize the impact on the neighborhood.

So with that in mind, the commission turned to two proposed events that are asking to shut down some Georgetown streets: the DC Triathlon on June 19th and the Nation’s Triathlon on September 11th. Both of these events are being planned by Charles Brodsky. While the commission focused somewhat on the proposed impact the races would have on the community (the DC Triathlon would only shut down the Whitehurst; the Nation’s Triathlon would shut down the Whitehurst, M St. west of Key Bridge, and Canal Rd.) the discussion soon narrowed in on whether the races are charitable or not. Brodsky was quick to point out that the Nation’s Triathlon has raised $9 million to help fight Leukemia. The commissioners, however, pointed out that his company is still for-profit and they questioned whether the charitable donations even come out of the fees or are simply raised additionally by the competitors. Brodksy stated that some charitable donations do come out of the race fees.

It was already somewhat heated at this point, but it got worse. The commission wanted to know roughly what percentage of the race revenues go to charity. Brodksy said he didn’t know, and that he couldn’t even guess. The commission found this hard to believe. Eventually they asked that he come back and tell them next month what that percentage is. He basically refused to do so. To this Tom Birch asserted that without more information, the commission had no way to know whether this whole thing is a sham. Brodsky didn’t take very well to that comment. The ANC told Brodsky that they’d be happy to work with him to minimize the impact the races have on the community but that he was going to have to work with them or they’d oppose the race. At one point Brodsky said he’d just as well take their rejection. In a word, it was awkward.

But it got worse. END_OF_DOCUMENT_TOKEN_TO_BE_REPLACED

We Need More Bikeshare Stations, But Where?

Capital Bikeshare has been a hit since it started September 20th. There are 4,480 members and a total of 52,000 trips have been taken. In October alone, there were 36,762 trips using over a million minutes of bikeshare time (that’s an average of about 27 minutes a ride). Those are really great numbers.

They’re so great that DDOT is already announcing that it’s going ahead with its first expansion. Twenty additional stations will be added next spring. Certainly DDOT is going to be hearing from a lot of sides where to put those stations, but GM believes that at least one of them should go to east Georgetown. Right now there’s a bit of a hole in coverage for east Georgetown, and putting a station there would benefit residents and neighbors greatly.

But where exactly? GM’s got a couple of ideas:

Rose Park has a bunch of strengths. It sits between M and P, which are the two primary routes that people take from central DC to Georgetown. It has nice paths which connect down to Rock Creek Park. It’s a popular destination for people visiting the neighborhood either to sunbathe or play tennis, etc. And finally, while most of it is federally owned (which makes it tough if not impossible right now to put a station there) a small section near the tennis courts is city-owned. END_OF_DOCUMENT_TOKEN_TO_BE_REPLACED 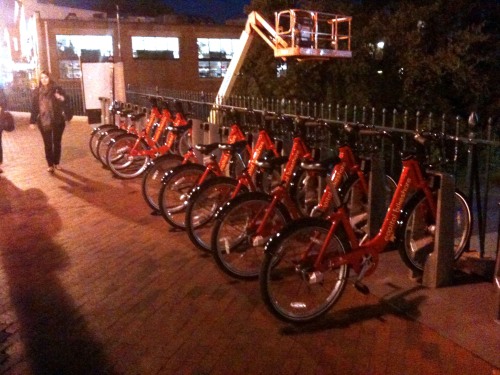 Georgetown’s next two Capital Bikeshare have opened. The first one is shown above and is located on the east sidewalk of Wisconsin just south of the canal.

GM thought the other one was going to go right in front of Hardy, but he was wrong. It’s a bit higher and on the other side of the street, essentially in front of the British School: END_OF_DOCUMENT_TOKEN_TO_BE_REPLACED

As GM has been reporting, Georgetown is on the list to receive a couple Capital Bikeshare stations. We weren’t, however, among the first neighborhoods to get the stations when they started up in September.

But the wait should be over next week. DDOT confirmed to GM that the K St. station should be installed early next week. It will go in the parking lane in front of the House of Sweden at K and 29th.

The second station on Wisconsin just below the canal should be installed the week after. END_OF_DOCUMENT_TOKEN_TO_BE_REPLACED