ANC Round Up: Crime and Punishment Edition

At last night’s ANC meeting, crime was very much on the mind of the attendees. The ANC was scheduled to be visited by U.S. Attorney Ronald Machen long before the Halloween shooting on Monday, but the crime made his presence all the more apt.

But before Machen arrived, the audience was treated to an update on the Halloween crime from MPD Captain Jeffrey Herold. He recently transferred to the Second District from the Special Operations division. So while he is new to the neighborhood beat, his old assignment actually meant that he’s worked the Georgetown Halloween shift for over twenty years.

He said emphatically that he’s never seen the scene he saw Monday night. GM wasn’t there himself, but he’s heard from multiple people that the crowd was particularly bad this year. Herold reported that it seemed as if large groups of people (mostly teens) were simply roving the neighborhood appearing to try to start fights.

Along with this behavior came a spike in some rather alarming crimes. While most attention was focused on the horrible shooting, there were several muggings as well Monday night. But the thing is, you have to be a really stupid criminal to target Georgetown on Halloween. There is basically a cop on every corner. So all the muggings resulted in arrests. Even more disturbing: three guns were seized by the cops. One kid even was caught with a sawed-off shotgun.

Captain Herold told the crowd that he expects the shooting investigation to be “closed” in a matter of days. END_OF_DOCUMENT_TOKEN_TO_BE_REPLACED

The theory that dominates most parking planning is the same one that came about in the mid-twentieth century. It calls for all new developments to provide at least a certain amount of off-street parking spaces. More often than not, these spaces are offered for free.

How That Theory Is Playing Out in Georgetown

As described last week, Eastbanc is proposing to build a new office building behind the historic Georgetown Post Office on 31st St. Eastbanc proposes to build 18 underground parking spaces. This parking would be accessed from the existing south driveway of the Post Office.

The urge to insist on more parking, as some Commissioners expressed, is consistent with the dominant parking theory. Commissioner Skelsey stated “this is an office building. There’s no Metro, people are going to drive.” Eastbanc defended the amount of spaces, estimating that there would be a space for every 750 or so square feet of office space (downtown buildings have a typical ratio of more than a thousand square feet for every parking spot). Thus, Eastbanc was assuring the neighborhood that the old users would be protected from the new users.

Given the fact that so much (essentially) free parking is so close to the Post Office–they only need to move their cars every two hours, annoying but not unheard of–pursuing the current strategy simply makes sense.

Why It Doesn’t Have to Be That Way

GM has laid out his plan for performance parking for Georgetown. It would call for most streets near Wisconsin Ave. and M St. to become metered. Residents would be exempt from the meters (there are a host of reasons why that is the right choice but the main two are that the neighborhood wouldn’t accept the opposite and if residents aren’t exempt it would create an additional incentive to drive to work, which isn’t a worthy goal). All non-residents would be required to pay to park on the side streets just like on the main streets. The rate would ideally be set at whatever rate it took to discourage enough drivers from parking on the street such that at least 10 to 15 % of street parking spots are open at any given time.

How It Would Affect The Georgetown Post Office Project

Around the Post Office there is a mixture of metered spaces and two-hour zoned spaces. If the new building were built with zero parking, it is likely that some portion of the employees of the new building would in fact park on the street. They would have to move their cars every two hours. But it’s not that easy to enforce two hour zones and at least some workers would figure that they can be less diligent and simply pay the occasional $50 parking ticket. That’s acceptable compared with the monthly parking rates in Georgetown, which vary from $210 to $300 per month.

Those with Zone Two stickers can simply leave their cars parked all day.

With performance parking, those options would be gone. Metered parking would cost more per day than simply getting a monthly garage space. And meters are a lot easier to enforce than 2 hour zones; it doesn’t take multiple observations by a meter maid. Also, those with Zone Two stickers would not qualify as residents (unless, of course, they are Georgetown residents).

There are seven garages or parking lots within two blocks of the Georgetown Post Office. There is no need to create a new one. Particularly since the driveway can only accommodate one lane. That block of 31st St. is already frequently backed up. There is simply not enough room for cars to maneuver around each other, as would be necessary with the current plans.

Eastbanc has been quick to say they’ll be happy to build whatever parking the neighborhood demands. It’s a shame and it’s not in line with Anthony Lanier’s views on pedestrianism and city planning. While some are working behind the scenes to bring performance parking to Georgetown, it probably won’t be here until it’s too late for this project.

As a result, we’ll end up encouraging more driving and creating more congestion all because we’re stuck in an outdated theory.

ANC Round Up: Awkward Edition

Last night the ANC met for its final 2010 session, and one theme dominated the meeting: awkward. As in “awwwk-waard”. On multiple occasions last night, GM winced at the social discomfort on display. But that’s what made it such a great meeting!

Early on in the meeting, the commission turned to the question of special events. There has been a growing perception among the commissioners that the number of special events in Georgetown that require street closings has been on the rise. To combat that, the ANC is working to develop certain guiding principles as to whether to approve an event or not. The two main principles are whether the event is mainly charitable in nature and what benefits it has to Georgetown. GM probed a little on the second prong, since it sounded to him a little like extortion, but really what that principle entails is more of a qualitative look at how cooperative the group has been and how much they have done to minimize the impact on the neighborhood.

So with that in mind, the commission turned to two proposed events that are asking to shut down some Georgetown streets: the DC Triathlon on June 19th and the Nation’s Triathlon on September 11th. Both of these events are being planned by Charles Brodsky. While the commission focused somewhat on the proposed impact the races would have on the community (the DC Triathlon would only shut down the Whitehurst; the Nation’s Triathlon would shut down the Whitehurst, M St. west of Key Bridge, and Canal Rd.) the discussion soon narrowed in on whether the races are charitable or not. Brodsky was quick to point out that the Nation’s Triathlon has raised $9 million to help fight Leukemia. The commissioners, however, pointed out that his company is still for-profit and they questioned whether the charitable donations even come out of the fees or are simply raised additionally by the competitors. Brodksy stated that some charitable donations do come out of the race fees.

It was already somewhat heated at this point, but it got worse. The commission wanted to know roughly what percentage of the race revenues go to charity. Brodksy said he didn’t know, and that he couldn’t even guess. The commission found this hard to believe. Eventually they asked that he come back and tell them next month what that percentage is. He basically refused to do so. To this Tom Birch asserted that without more information, the commission had no way to know whether this whole thing is a sham. Brodsky didn’t take very well to that comment. The ANC told Brodsky that they’d be happy to work with him to minimize the impact the races have on the community but that he was going to have to work with them or they’d oppose the race. At one point Brodsky said he’d just as well take their rejection. In a word, it was awkward.

But it got worse. END_OF_DOCUMENT_TOKEN_TO_BE_REPLACED

In just over two year’s time, several pockets of Georgetown will have made significant changes from today. That was the theme of last night’s ANC meeting. The Future. Which is an odd theme for a historic district, but there you go.

The heart of last night’s meeting revolved around three projects that will probably seem to take an eternity to finish, but once done will hopefully be great additions to the neighborhood. These are the trolley tracks on O and P, and the conversion of two historic buildings into residential units: the Hurt Home and the Georgetown Post Office. END_OF_DOCUMENT_TOKEN_TO_BE_REPLACED

ANC Preview: When It Rains It Pours 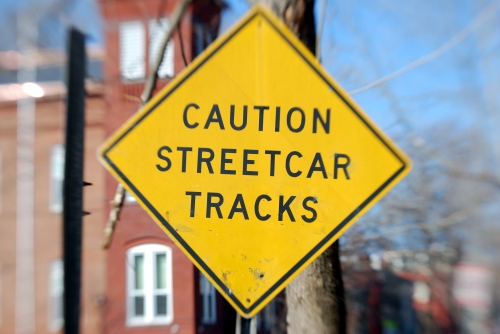 While the ground may still be soaked with Saturday’s rain, ANC watchers know that we’ve been under a severe drought of boring ANC agendas since at least March.

Well there are rain clouds on the horizon.

The agenda for next week’s ANC meeting was released and among all the normal boring stuff it’s got three fascinating items on the menu. Check them out after the jump: END_OF_DOCUMENT_TOKEN_TO_BE_REPLACED

Georgetown Post Office May Be Partially Converted into Condos

The Georgetown Current reported yesterday that the Georgetown Post Office may be partially converted into condos. According to the article, the Postal Service is planning to sell the property to East Banc and Julian Josephs Co.

The developers would keep the post office open on the first floor, but the second floor would be converted into apartments. Also a new structure would be constructed off the back of the building for more apartments. The construction would result in 13 – 17 new units. END_OF_DOCUMENT_TOKEN_TO_BE_REPLACED