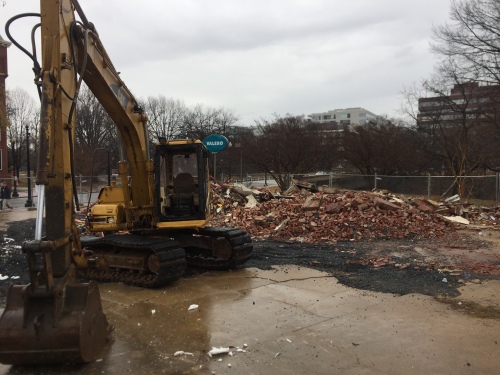 In preparation for the property’s development into an apartment building, the gas station that once stood at the intersection of Pennsylvania Ave. and M St. has been demolished.

The building was built in 1951 to house the Lord Baltimore gas station. It was even given an award for beautification from the Progressive Citizens Association of Georgetown: 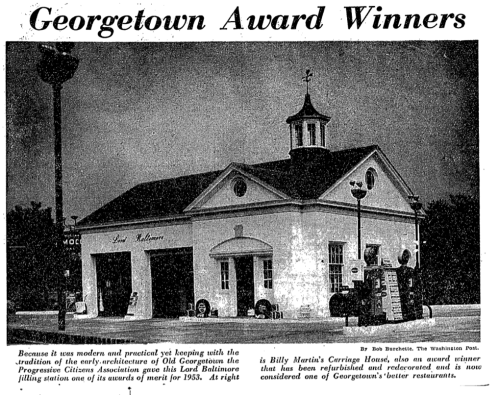 Now all that remains is a pile of bricks and the cupola: 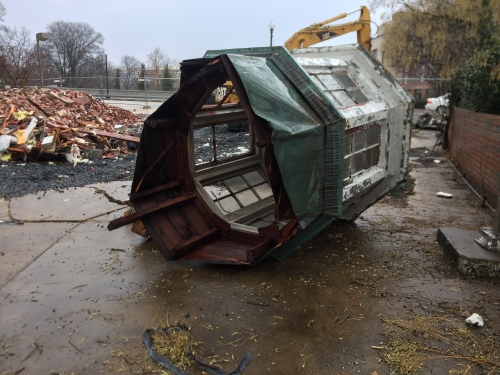 This colonial style was used all around DC for gas stations built in the mid century. GM’s not sure if they were all Lord Baltimore, but it would seem likely that they were all built by the same company.

Here’s just a reminder of what the gas station replaced: 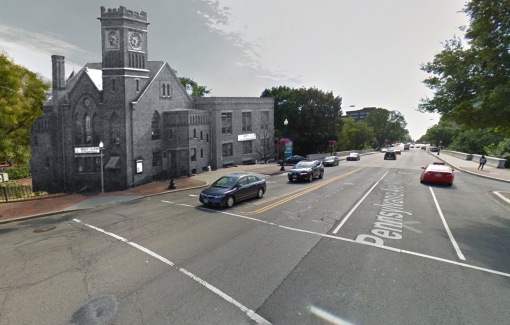 And here’s a reminder of what’s going to be built there: 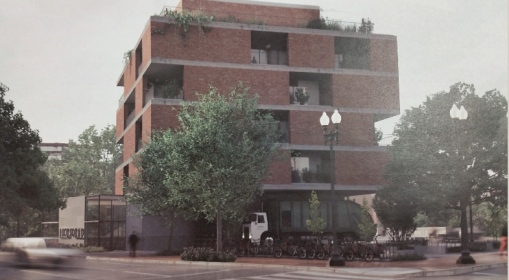 All told, GM would prefer the church come back… 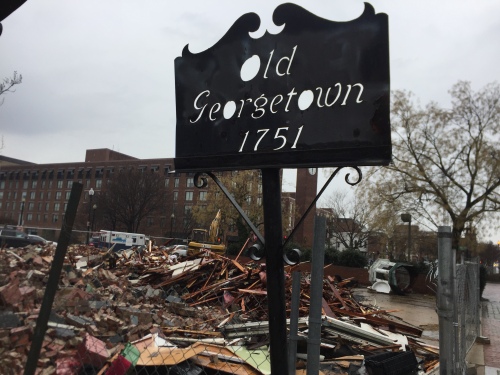