Opportunity to Restore a Little Tavern 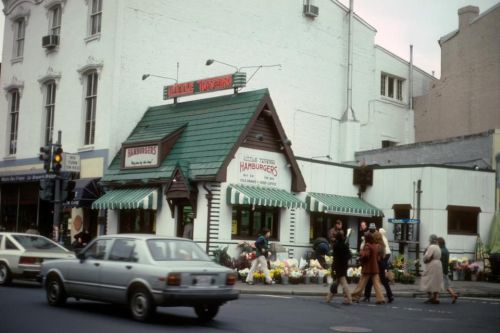 During GM’s late summer absence, the longtime restaurant Paolo’s closed. This came as only a slight surprise to GM, as he had heard that it was struggling. But it does offer a unique opportunity to restore a vintage restaurant.

What was Paolo’s is actually the combination of two restaurant spaces. The north side has been open as Paolo’s since the 1980s, when it replaced a French restaurant called Maison de Crepes, known for its, um, attractive waitresses.

But the southside was not part of the French restaurant, or the original Paolo’s. It was a Little Tavern hamburger shop. These were once ubiquitous around DC and its suburbs. And they all had this same architectural design. The photo above shows this particular Little Tavern in the 1980s. (There was another Little Tavern in Georgetown at Bank and M St. It’s the original Sweet Green location, which is being reopen as an indoor farmers market called “Tavern” by Sweetgreen.) 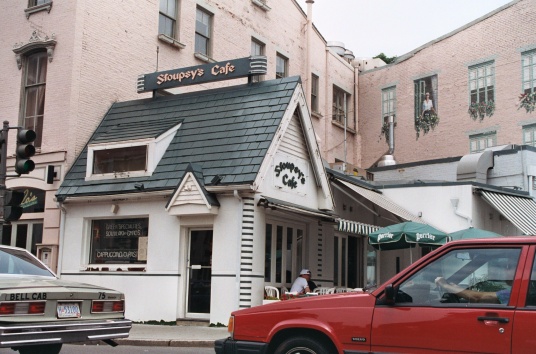 GM’s not sure when Stoupsey’s closed or when Paolo’s took over the space. But even after taking over the space, much of the original architectural details of the Little Tavern are still there. What an opportunity to restore the Little Tavern name to one of its original locations. Apparently somebody still holds the trademark and has been trying to license it since 2009. Here’s your chance!

5 responses to “Opportunity to Restore a Little Tavern”