Now and a Long Time Ago: Maison de Crepes 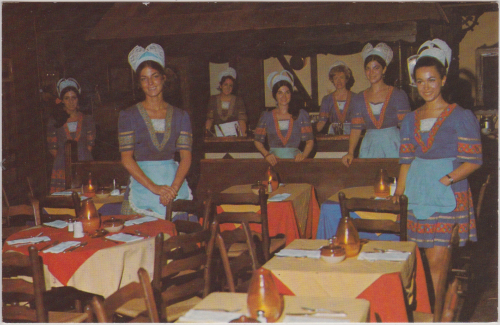 For this week on Now and a Long Time Ago, GM is breaking again from his normal approach of superimposing an old photo on a modern scene. He found this amusing post card selling on Ebay. It’s from a restaurant called Maison Des Crêpes and it was at 1305 Wisconsin.

The restaurant was an attempt at authentic Breton French food. It was started by the legendary Jacques Vivien. The Post obituary for him states that he opened Maison des Crêpes in the 1970s, but it appears that it was actually opened in 1967.

You may notice that the waitresses all are rather attractive. That was by design, as this jobs wanted listing from 1967 suggests:

The reviews were so-so: 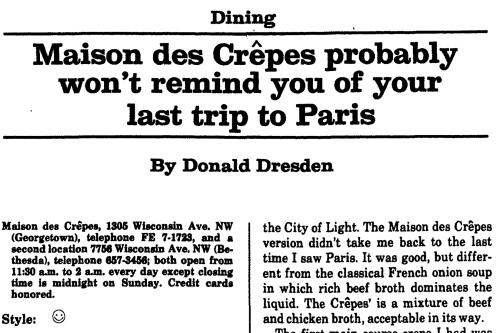 Nonetheless it stayed open for several decades and only closed in the 80s when it was replaced by Paolo’s, which is still open: 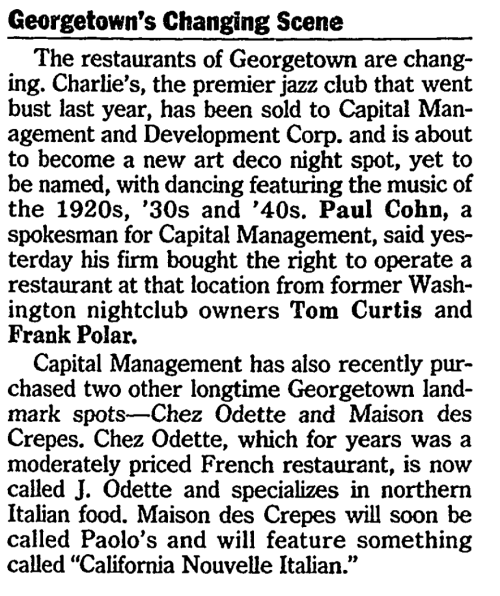 3 responses to “Now and a Long Time Ago: Maison de Crepes”