Capital One Cafe Opens, But What the Heck Is It? 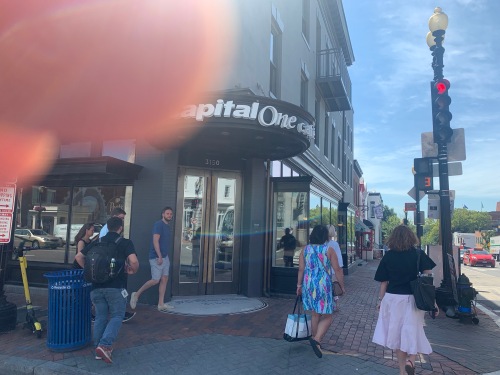 (Sorry for the thumb.)

Capital One Cafe has arrived to Georgetown. But what exactly is it? 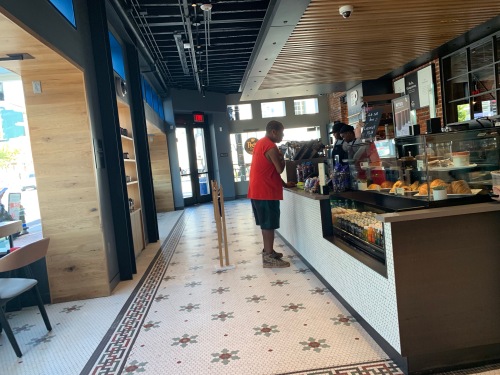 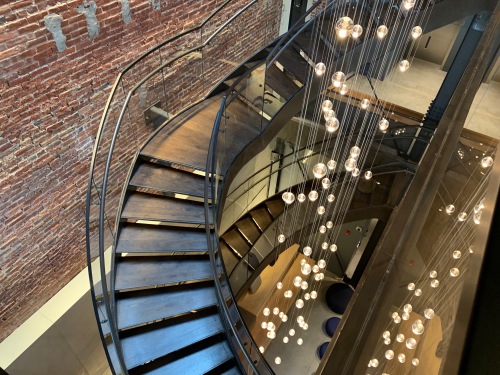 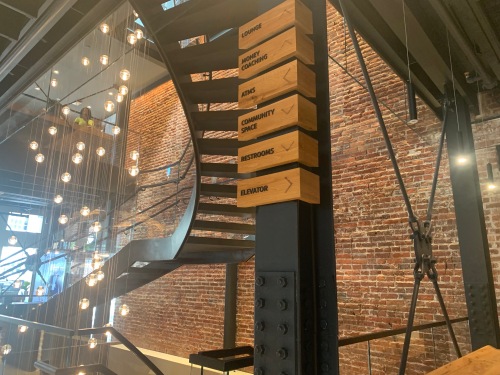 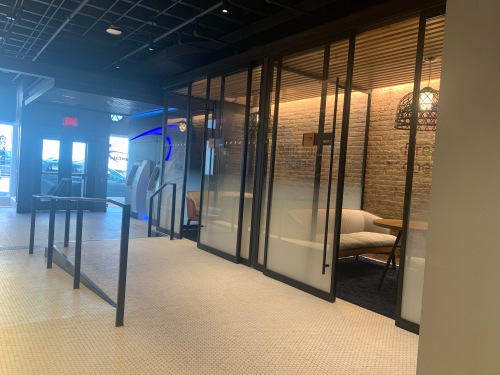 It is, of course, also sort of a bank. Not a traditional one with tellers and safes and little jars of lollipops. But there are a c0uple ATMs: 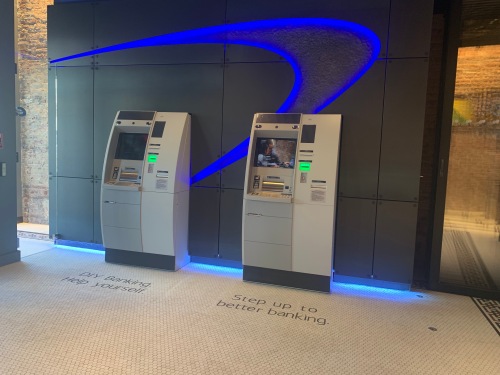 And more noticeably, there are roving bands a guys in suits trying to make eye contact with you and strike up a conversation, presumably about a home equity loan or a high yield savings account.

By Sunday afternoon the coffee bar was packed (again proving the rule that demand for coffee shops in Georgetown is bottomless). Were any mortgages bought alongside the macchiatos? Probably not. There really is no way that Capital One will recoup the $50 million is spent for this property (on top of the additional finishing work is performed). And it’s unlikely the bank even thought it would. Ultimately this expenditure is about advertising, and splashing the brand all over one of DC’s iconic intersections.

The space would make more sense as a consumer product if it were presented primarily as a luxurious coffee shop that simply was sponsored by Capital One, like the way Capital One sponsors the former MCI Center. But that would limit the branding, which is the primary objective.

So we’re left with a pretty object that is neither really a true coffee shop nor a bank. A total less than the sum of its parts.

GM would still rather just have Nathans back.

One response to “Capital One Cafe Opens, But What the Heck Is It?”