This Friday at the Swedish embassy there will be the 12th annual EcoFest auction to benefit the Hyde-Addison School. Funds raised will be used to support the public elementary school’s programs.

Tickets are $50 per person to the fun-filled event. There are well over 100 cool items up for bidding, such as:

Or an evening with proud Hyde parent Peter Andreasson and his famous Swedish pancakes. As a bonus, Peter will play Swedish songs on his guitar as you munch down the lingonberry-topped treats.

So come on down to the Swedish Embassy this Friday night and take home some cool stuff and help out a great cause to boot. 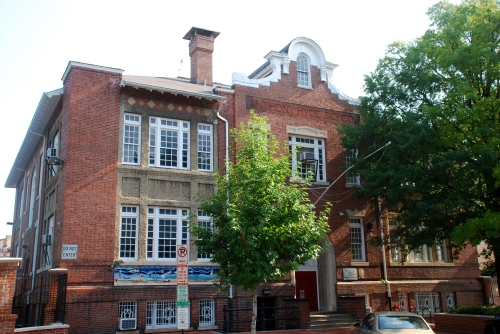 Current Owner: The District of Columbia

Hyde Elementary School was constructed in 1907. It was named after a Georgetown businessman and schools advocate Anthony J. Hyde who lived from 1810 to 1892.

By the turn of the century, these two school buildings were not enough for Georgetown’s school population. Thus on the same campus as Curtis and Addison, Hyde Elementary was built. END_OF_DOCUMENT_TOKEN_TO_BE_REPLACED