Loads of New Stores on the Horizon 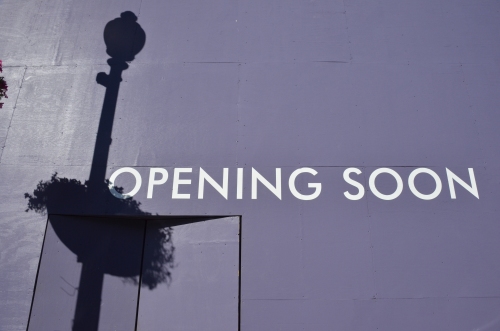 Hey, GM’s sorry about taking it off for two weeks, but he’s here to make it up to you! Behold, much dirt on stores coming to Georgetown:

Boulangerie Christophe: Coming to 1422 Wisconsin Ave. is a locally owned bakery called Boulangerie Christophe. GM has no additional information at this point, but the tip was confirmed by a Old Georgetown Board sign application. This is a long vacant building that partially collapsed several years ago. This could be something really great.

Ladurée: Coming to 3060 M St. is the elegant Ladurée. It’s a super fancy French bakery founded in 1862 that is famous for its macarons. It has many locations across Europe, but only a handful in America so far: two in New York and one in Miami. The one on Madison Ave. in New York often has a line out the front. GM is frankly surprised they’d be opening in Georgetown and not City Center. This is another location that has been vacant for a long time. It last hosted a Ritz Camera store.

Men’s Rag and Bone store: GM was informed that a menswear store from Rag and Bone will be opening in the old Kate Spade Saturday location 3061 M St. GM can’t find any information about Rag and Bone opening menswear-specific stores, so take this one with a grain of salt.

Sid Mashburn: It has been reported that a Washington state-based coffee shop called the Dancing Goats Coffee Bar was opening in the old Neyla space but would share the building with a retail store. The retail store is going to be the southern clothing store Sid Mashburn.

Kit and Ace: Coming to the Levi’s store space is something called Kit and Ace, which sells “technical Cashmere”. Ok.

Sweet Green: GM was told that Sweet Green plans to take over the Eagle Bank building on Wisconsin south of the canal. Sweet Green was founded by Georgetown grads and the original tiny location in an old Lil’ Tavern building is still open. Will they keep the original store open and add a new one? We’ll see.

9 responses to “Loads of New Stores on the Horizon”